Has anything really changed? Cher went off about her disdain for Madonna in a newly resurfaced interview from 1991. Cher was a guest on the British talk show, Wogan, when host Terry Wogan purposely mentioned Madonna — admittedly knowing of the singers’ not-so-friendly relationship.

#OnthisDay1991: Cher appeared on Wogan and had some pretty pointed things to say about Madonna! pic.twitter.com/0vy8LiY68Y

“Do you go jogging like Madonna to keep fit?” Wogan asked, to which Cher joked, “Well, you mean like my best friend, Madonna?” Meanwhile, the  audience could be heard roaring with laughter. “I thought that was a subtle way to drag her in, you understand,” Wogan said.

Cher, now 74, continued to joke about Madonna, now 61, adding, “How about dragging her in by her hair?” The latter prompted Wogan to ask, “You’re not that keen on Madonna?” And, that’s when Cher got particularly candid about the “Material Girl” singer.

“Well, you know what, it’s really gotten to be so blown out of proportion,” Cher began before she recalled a moment when a fan asked her thoughts about Madonna. “When I was in America, I mean it’s not like you go around saying ‘this is how I feel,’ but someone said to me, ‘What do you think about her?’ I said, ‘She’s unbelievably creative…. because in my day, I was pretty good at doing the same thing that she’s doing, but she does it so much better. She’s unbelievably creative because she’s not unbelievably talented, she’s not beautiful, but she’s kind of, she’s rude,” Cher said. 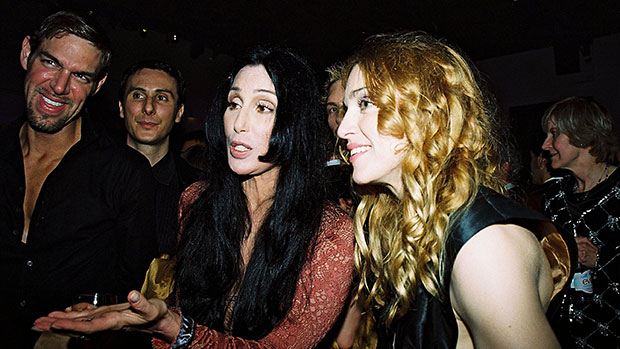 She continued, “And so, the man said, ‘How do you feel about her?’ I said, ‘Well, she’s nice, she’s creative, but she’s rude.’ Then, I used another word and they bleeped me,” Cher recalled, before she gave credit to Madonna for her ability to push the envelope. “I don’t really have anything against her. I do respect that she goes much farther than anyone should go, and I think that’s interesting about her that she’s willing to do whatever she wants to do,” Cher said. 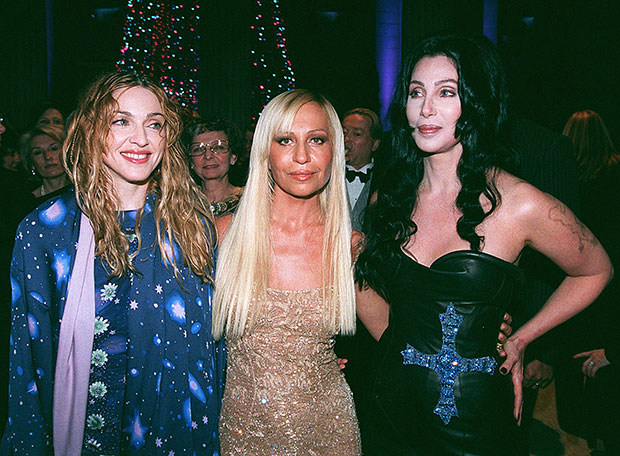 Cher and Madonna’s longtime feud stretches all the way back to the late ’80s — though, it could be before then. It’s unclear why the two never saw eye to eye. Through the years, Cher has maintained her stance that she believes Madonna is a “mean” person.

“There’s something about her that I don’t like. She’s … mean. I don’t like that,” Cher once said during a candid CBS interview in 1991. “I remember having her over to my house a couple of times, because [Sean Penn] and I were friends, and she just was so rude to everybody. It seems to me that she’s got so much that she doesn’t have to act that way,” Cher recalled.

She continued, explaining that Madonna “acts like a spoiled brat all the time. And it seems to me when you reach the kind of acclaim that she’s reached — and you can do whatever you want to do — you should be a little bit more magnanimous, and a little bit less of a c—t,” Cher said.

In 2013, things seemed to be cordial between the singers when Cher told Andy Cohen that she was on “totally good” terms with “Madge.”

In 2017, Cher and Madonna notably joined forces at the Women’s March in Washington, D.C., where they both gave speeches against President Donald Trump. However, don’t expect to hear a collaboration between the singers anytime soon.

In 2018, Cher reminded the world that she was still not a fan of Madonna while on The Ellen DeGeneres Show. During a game of “Five Second Rule,” Cher was asked which three stars she’d like to duet with. “Adele, Pink and not Madonna!” she answered with a grin.