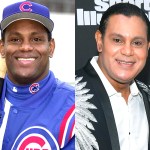 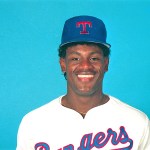 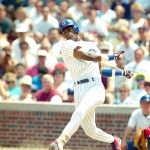 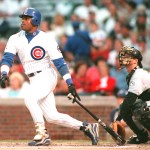 Sammy Sosa has made quite the impression in Major League Baseball after playing professionally for 19 seasons and now we’re taking a look at his incredible transformation over the years.

Sammy Sosa, 51, is considered one of the greatest professional baseball players in the history of the sport and he’s had quite the transformation from beginning to end. The amazing athlete, who retired in 2007, has had many memorable moments while out on the field, including his epic race with Mark McGwire to break Roger Maris‘ 1961 single-season home run record for the Chicago Cubs in 1998, which is the focus of the new ESPN documentary, Long Gone Summer. After staying neck in neck with Mark throughout the thrilling season, Sammy fell just a tad bit short when Mark ultimately broke the record and ended with a total of 70 home runs while he ended with 66.

Although Sammy wasn’t the one to break Roger’s record, he still proved what he was capable of that season and throughout his time in baseball. “I was hungry to be somebody,” he said in an interview that will be featured in the documentary, which airs on June 14. Despite the exciting time in 1998, futures seasons were soon overshadowed when some players tested positive for taking performance-enhancing drugs in 2003, and according to The New York Times, Sammy was one of them, but he continues to deny it to this day.

Through achievements and setbacks, Sammy remained confident and strong every time he played in a game. After winning the National League Most Valuable Player Award after his attempt to break the home run record in 1998, he went on to making his mark and winning many more prestigious awards. From a Hank Aaron Award to six Silver Slugger Awards, Sammy’s skill didn’t go unnoticed.

With fame comes criticism, of course, and Sammy, who is originally from the Dominican Republic, has had his share of that too. After the public noticed that his dark skin became noticeably lighter over time, many people began to wonder if he was bleaching his skin with chemicals and it caused a lot of backlash. IN 2009, he revealed that he does use a skin cream that has bleach in it to soften his skin but insisted he wasn’t a “racist.”

When he was asked about his skin again in a 2018 interview with Sports Illustrated, he admitted that he doesn’t care what others think and doesn’t feel the need to publicly explain anything about the way he looks. “This is my life, and I don’t take garbage from nobody. I do whatever I want,” he said in the interview. Sammy’s career and life up to this point has definitely proven that to be true.

Long Gone Summer about Sammy and Mark’s race to break the home run record debuts on ESPN on June 14 at 9 p.m. ET.

Click through the gallery above to check out Sammy’s momentous career and transformation over the years!