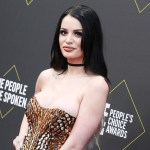 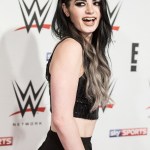 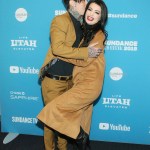 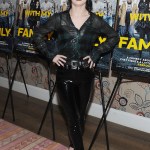 Though some in the WWE Universe scoffed when Edge’s bout with Randy Orton at Backlash was billed as the ‘Greatest Wrestling Match Ever,’ WWE’s Paige tells us EXCLUSIVELY why she thinks they’ll deliver.

Quick – what is the greatest wrestling match ever – of all time? Is it “Macho Man” Randy Savage versus Ricky “The Dragon” Steamboat at WrestleMania 3? Kazuchika Okada versus Kenny Omega at Wrestle Kingdom 11? Is it Danhausen versus Orange Cassidy at F1RST Wrestling’s Saturday Night Nitro? According to the WWE, it’s going to be the showdown between Edge and Randy Orton at tonight’s Backlash – and Paige is one of the believers. The retired WWE Superstar thinks that “there is no question that the match” between Edge, 46, and Orton, 40, will be “the best ever” when speaking EXCLUSIVELY with HollywoodLife.

“Well, the crazy thing is — now that you don’t have fans — it is very tough for all competitors because we all fed off the energy of the crowd,” Paige tells HollywoodLife. Due to COVID-19 concerns, Backlash — like WrestleMania 36, Money In The Bank 2020, and NXT Takeover: In Your House – will be held in the WWE’s Performance Center in Orlando, Florida in front of no fans, save for the handful of Superstars have been in a socially distant crowd over the past few episodes of Raw and Smackdown. “But,” as Paige adds, “those two [Edge & Orton] did such an amazing job at WrestleMania. They had no crowd whatsoever, and they still went out there and did an amazing and incredible job. They told a million stories, to a point where it had me literally in tears.”

They have been in the business for a very long time, and they have the experience to go out there and deal without a crowd,” Paige tells HollywoodLife. Edge first debuted in 1992 and was still wrestling up to his retirement in 2011. He was forced to walk away from the ring after being diagnosed with cervical spinal stenosis, but eight-years later, he was cleared to wrestle again. Randy, as he recently pointed out in a Blacklash media call (per ProWrestling Sheet), has been “doing this 20 years, and I’ll do it another decade.” So, together — Edge and Orton have 48-years’ worth of experience, meaning that they know what they’re doing when they get into the squared circle.

“Edge has been in the acting world,” Paige tells HollywoodLife. The “Rated R Superstar” (while under his real name, Adam Copeland), has landed roles on The Flash, Haven, and a recurring role on Vikings. ‘[Edge] is doing pretty much exactly what he was doing then. There was no crowd there. You just have the camera guys and the essential workers around.  So it is just going to be an incredible experience just to sit back and watch. I have been a massive fan of Edge and also Randy and their storytelling abilities, and there is no question that the match will be the best match ever! It is going to be incredible.”

Will it be? Considering the WWE has seen Firefly Funhouse Match, where John Cena battled his figurative inner (and his literal outer) demons and a Money In The Bank match that took place throughout the company’s Stanford, Connecticut headquarters, anything is possible.