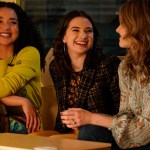 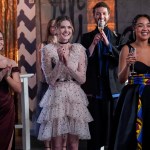 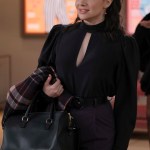 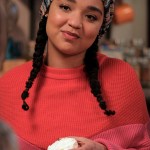 ‘The Bold Type’ returns for season 4B on June 11. HL spoke EXCLUSIVELY with the showrunner about Jane’s life after her mastectomy, Sutton and Richard’s married life, the fallout of Kat’s decision, and more.

The Bold Type season 4A finale ended with so many major moments. Sutton and Richard got married, Jane ended things with Ryan, and Kat was fired from Scarlet after exposing RJ. The critically-acclaimed Freeform show returns for the second half of season 4 on June 11 at 10 p.m. on Freeform.

HollywoodLife talked EXCLUSIVELY with showrunner Wendy Straker Hauser about where things go from here after the emotional finale. The show will be picking up 3 months after Jane’s double mastectomy. This season will be a journey for Jane as she heals from both physical and emotional scars. Meanwhile, Sutton will be facing “raw and difficult” things after getting married. As for Kat, she will have to “look at her life a little differently” this season after losing her Scarlet gig.

How is Jane dealing with her double mastectomy when the show picks up?
Wendy Straker Hauser: We flash forward 3 months, and we do a montage so you get a feeling of all the physical changes she went through and the struggles. We wanted to pick up where her physical scars had healed, but where she was still grappling with some emotional scars. I think she’s not really expecting to have any emotional scars. What I mean by that is just that she has she let go of part of her body and now she’s embracing her new breasts and how it feels to sort of move through the world without her old boyfriend Ryan. We just thought it would be interesting to watch her struggle and stumble a little and try to be powerful and empowering and inspiring as a leader and a new boss at a time when she’s feeling a little vulnerable.

In addition to the mastectomy, she got a promotion at Scarlet. That’s a lot for anyone to handle.
Wendy Straker Hauser: I mean, on the outside, she’s got to appear even more of a leader and more confident than she probably ever has been before in her life. On the inside, she’s grappling with that. Whether or not viewers have gone through this before I think we can all understand what it feels like to feel vulnerable and insecure and to have to muster up the courage to remind ourselves how confident and competent we are.

I know it took a lot for her to end things with Ryan. Is their relationship really over for good?
Wendy Straker Hauser: My personal opinion is that Ryan could have easily been the one for her. I think that this happens in life where a guy who in the past was sort of a player, which is what Ryan was, meets the woman of his dreams but meets her a little bit too early in life. They are 26 years old. A lot of people aren’t settling down to get married at 26, especially in big cities like New York or LA. I think he met her really early, and he had a moment of huge success with a book tour, and he made a really big mistake. But I still think he truly loves her. He’s in love with her, and he wants to spend the rest of his life with her. It was a case of him not being ready, even though he wanted to be ready. I think she was ready. I think there’s 100 percent a possibility of not only friendship but maybe them just crossing paths again. I’m a big Ryan fan, and I think it’s a very real thing that happens when you meet the person you’re supposed to marry, and you are really young and a little immature and you make a big mistake. Does that mean it’s over forever? Or just for now? I guess we’ll see.

So we shouldn’t count Ryan out just yet?
Wendy Straker Hauser: I don’t think so. I know friends of mine who are very happily married and have multiple kids with guys who made an error at one point and ran back. They’re wonderful husbands. And then I know people who couldn’t forgive that and they moved on. But I think there’s a lot of growth to be had, and we’ll see where they are when they find each other again, but I’d like to believe that they might cross paths.

On another note, the finale ended with Kat exposing RJ and her getting fired because of it. How is Kat handling the fallout of her decision?
Wendy Straker Hauser: We thought it would be really cool because Kat, even from the pilot, was always sort of leaps and bounds beyond her friends in terms of her responsibilities at work, her title, her socio-economic background, and the privilege that she had financially. We thought it might be a really interesting storyline to flip that and have her have financial problems for the first time in her life and struggle with unemployment for the first time in her life, especially at a time when both Sutton and Jane have received promotions. It is sort of a reminder that in your 20s — and even beyond — sometimes you’re ahead, sometimes you feel behind, but we’re all sort of on our own journey. I think that Kat is going to have to look at her life a little differently. She’s not going to be able to live it in exactly the same way if she doesn’t want to go right back into another job. When we first pick up with her, she’s definitely on the social justice path, and she will continue to be on a social justice path as she usually does. She’ll realize that she maybe doesn’t have the funds at the ready that she used to have to afford all the things that she’s used to.

As for Sutton and Richard, what is married life going to be like for them? Especially since they are going to be maintaining a long-distance relationship.
Wendy Straker Hauser: I think that it’s going to be a very interesting ride for Sutton. I will say Sutton has always been lovable and very funny. Meghann [Fahy] has perfect comedic timing, and she oftentimes provided levity when the girls are going through things that are seemingly more raw and difficult. In this second half of season 4, we are going to see her go through some things that are more raw and difficult. It’s really going to be interesting to see Sutton grappling with some bigger things. Richard, being wonderful and amazing, will do his best to be by her side. I think that she’s also dealing with a new promotion, which was also very much earned. We’re super excited to see her in that world. But again, it’s one of those interesting stories where you might take one step forward in your career, but that doesn’t mean that things get easier in your personal life. Sometimes it’s just a seesaw of challenges, so we’ll watch her balancing her personal and professional life.