Well, that didn’t go over well. The internet isn’t happy with Terrence J, who attempted to “school” Marlon Wayans on how to be successful without a famous family in your corner. The host, 38, and comedian, 47, recently chatted on Instagram Live, and the conversation turned loud (to say the least) when Terrence began making comments about the Wayans family. If you didn’t know, Marlon is one of many famous Wayans siblings in Hollywood. His brothers, who are well known actors, include, Damon, Shawn, Keenan, and Dwayne Wayans.

Terrence J sound stupid and like a hater . A solid family BUILDS TOGETHER Keenen Wayans did exactly he was pose to do for the culture and his family and his family STOOD ON THEIR OWN TALENT period. Shit wasnt handed to any of them they put in work ! Terrence and his barking wack pic.twitter.com/1ldNmdr4bL

“Listen, let me just school you on something man, this ain’t all about your family, your family can’t bail you out of this one, alright. There’s other people in the world that are not Wayans’ people,” Terrence could be heard telling Marlon, who was quick to interject. 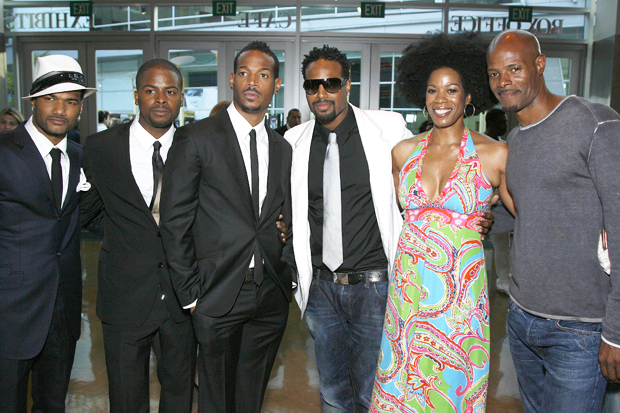 Both men began raising their voices as the conversation continued. Meanwhile, Terrence kept speaking over Marlon, who tried to get his point across.

“You can’t talk to me for two seconds?” Terrence asked, to which Marlon replied, “No, because you’re disrespecting the culture.” That’s when Terrence brought Marlon’s brother into the dispute.

Related: Alexis Bledel’s Husband: Everything To Know About Her Marriage & Split With Vincent Kartheiser

“If you want me to listen you gotta start with, your family is great,” Marlon chimed in.

“See, you’re in a frat,” Marlon said, before Terrence continued to yell and interrupt him. “Terrence, ima talk, then you talk. I just want to talk intellectually for a second and now the wine is talking and I’m trying to have a conversation with you,” he said.

Still, Terrence stood his ground. “The Wayans family ain’t got it like us,” he said before the video, which was captured by a fan, ended. HollywoodLife reached out to a representative for Terrence for comment.