Vicki Gunvalson‘s daughter Briana is 15 weeks pregnant with her third child, and her husband Ryan Culberson says she has yet to “pop.” He shared a side by side photo of his wife’s pregnant belly on Saturday, which compared her progress from 7-15 weeks. She stood to the side in two mirror selfies and lifted her shirt up to show her growing baby bump.

7 weeks ➡️ 15 weeks progress Still waiting on the baby bump to really pop out but with her staying keto who knows how long it’ll take to really show. #ketopregnancy

“7 weeks ➡️ 15 weeks progress,” Ryan captioned the photo. “Still waiting on the baby bump to really pop out but with her staying Keto who knows how long it’ll take to really show,” he continued, adding the hashtag, “#ketopregnancy.”

Briana isn’t alone on her Keto journey. Ryan is also following the low-carb, high-fat diet, and they’ve made it a lifestyle since 2018. The couple serves as ambassadors for Keto, and often shares health information, as well as their favorite Keto products. “We’ve been on strict Keto for over a year now and my thyroid levels are well controlled,” a quote from Briana reads on the website in Ryan’s Instagram bio. 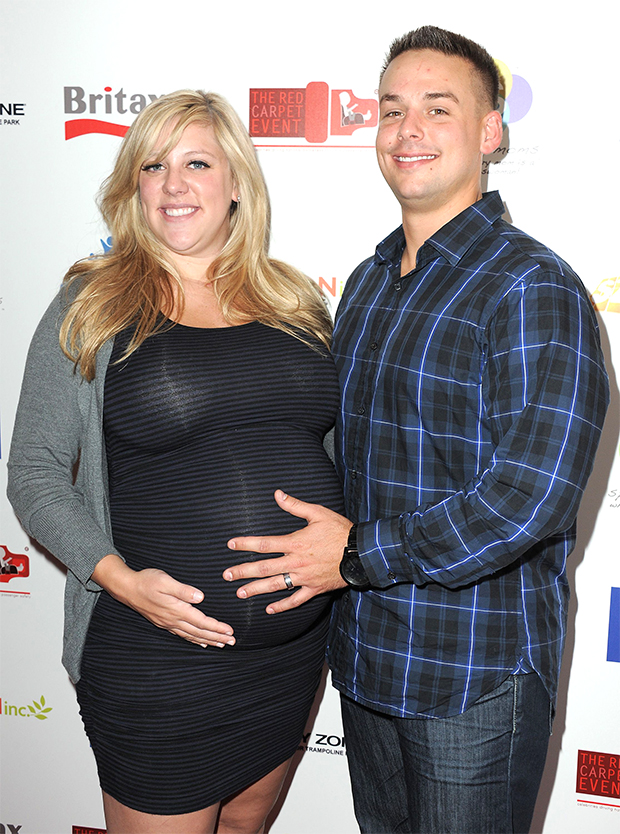 Briana and Brian Culberson on the red carpet during her one of her past pregnancies. (Photo credit: Shutterstock)

Briana and Ryan announced they are expecting their third child in April when he shared the good news in a post on Instagram. “With all the bad news going on in the world hopefully this brings a smile to your face (even if it’s behind a mask),” he wrote. The exciting news also came just a few days after Briana’s 33rd birthday. In May, Briana and Ryan announced they are having a baby boy during a gender reveal on social media.

The happy couple, who got married in Santa Barbara, California in October 2011, are already parents to sons Troy, 7, and Owen, 5. They’ve been raising their family in North Carolina, away from the spotlight. Briana’s Instagram is private, and she’s noted that she only accepts people she knows. Instead, Brian has been sharing all of their pregnancy updates on his personal Instagram account.