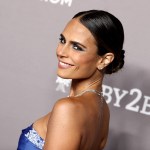 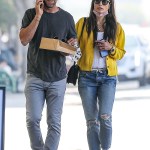 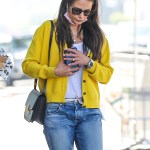 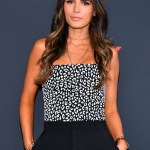 Jordana Brewster and her husband Andrew Form reportedly decided to part ways in an ‘amicable’ split and plan on ‘lovingly’ co-parenting their two children Julian, 6, and Rowan, 3.

Jordana Brewster, 40, and her husband of 13 years, Andrew Form, 48, have alled it quits. The Fast and the Furious star and film producer “quietly separated” earlier this year in an “amicable” split, according to People. “They have the utmost respect for each other and they remain committed to lovingly co-parent their two children as a team,” a source told the outlet.

The former couple share two sons, including Julian, 6, and Rowan, who will turn 4 this month, and they often share sweet memorable moments of them on social media. From tropical vacations to special occasions like birthdays, the proud parents love to show off their love for their children whenever they can. Jordana may have even hinted at the split in one of her most recent Instagram posts, when she shared a pic that didn’t include Andrew and only her and her boys wearing face masks while posing together.

Jordana and Andrew first exchanged vows in May 2007 during a private ceremony on Nevis Island. They first met two years prior to their wedding when they both worked on the set of the Texas Chainsaw Massacre: The Beginning, which was released in 2006. Jordana starred in the horror while Andrew produced it.

During their first year together, they made headlines when they spent some romantic time in the Bahamas for Christmas 2005 and soon after, Jordana moved into her future hubby’s Hollywood Hills home. Andrew ended up proposing with a 3.2 carat emerald-cut diamond and platinum engagement ring on their one-year anniversary and the couple seemed inseparable.

In June 2018, Jordana revealed that she wanted more than two children when she spoke EXCLUSIVELY to HollywoodLife about her family plans. “Yes,” she simply answered to a question about wanting more kids before she went into why motherhood is so thrilling for her. “I literally love them more than anything in the world! I have to be the best example for my sons, so it pushes me to be a better person,” she said.