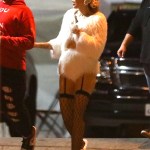 Noah Cyrus confesses that it feels like Miley is ‘sunshine’ while she’s living in her famous sister’s ‘shadow’ in her new song, ‘Young & Sad.’ This was Miley’s true reaction while ‘listening’ to such honest lyrics.

Miley Cyrus, 27, “gets very emotional listening to” Noah Cyrus’s new song “Young & Sad,” a source EXCLUSIVELY tells HollywoodLife. The ballad, released on May 15, is arguably the most vulnerable one yet from Miley’s 20-year-old little sister. In it, Noah sings “My sister’s like sunshine / Always bringing good light wherever she will go / And I was born to rain clouds / Blessed in her shadows,” reflective of what it felt like to have an older sister become a Disney Channel superstar at just 14 years old. The lyrics hit Miley hard “because it just breaks her heart to think of her little sister hurting in any way,” our source explains.

Miley didn’t learn about Noah’s anxieties in her sister’s new song, however. “It’s not something she’s just hearing about,” our source clarifies. “Noah has always confided in her. The cyberbullying Noah dealt with as a child was incredibly hard on the whole family because it really took a toll on her. Miley has dealt with her share of cyberbullying too, but seeing it happen to her precious little sister hurt more than anything.” The personal lyrics didn’t rub Miley the wrong way, either; she’s happy Noah is using music as an outlet. “Miley is so proud of Noah for taking the pain and putting it into her music and she’s so glad the world is finally seeing how talented Noah is,” our source adds.

Noah is so talented, Miley thinks her sister’s singing and songwriting skills surpass her own, according to another source! “Miley thinks that Noah and the rest of her family are the ones that are the most talented in the family. Miley wishes that Noah would see what Miley sees, she considers her sister a genius,” a second source EXCLUSIVELY tells HollywoodLife. “She considers her sister so much more talented than herself and if people don’t see it then that is their fault.”

Even though Miley became a household name thanks to Hannah Montana (Miley’s show that premiered when Noah was only six years old), the actress and pop star doesn’t want Noah to ever feel like an after thought. “Miley is proud of Noah and wants to make her notice that because it breaks her heart that Noah has ever felt different. Miley can’t control her popularity and celebrity but she considers Noah her equal and loves her very much and will do anything to prove that to her and will always be there when Noah needs it. Miley has Noah’s back 100 percent of the time,” our second source adds.
Despite Miley’s unconditional support, Noah confessed that it was difficult to shake the feeling she’d always be living in her famous sister’s shadow. “Being born in the family I was in, everybody gave me such a hard time for having a hard time being Miley’s little sister, but I always felt like I was that person that no one gave a shit about due to what people said to me online,” she said, through tears, while discussing the meaning of “Young & Sad” in an Instagram Live session on May 18. “It was absolutely unbearable. And that’s why I write, ‘My sister’s like sunshine / Always bringing good light wherever she’ll go / And I was born to rain clouds / Blessed in her shadows.’ Because that’s why everybody always says to me, that no matter what, I was going to be in that shadow. And I always believed that, and that’s so hard for me to overcome.”
Regardless, Noah has made an impressive name for herself (and not just because her last one is Cyrus). In addition to her new EP that dropped on May 15, The End of Everything, Noah has also released multiple songs since making her music debut in 2016 that have all accumulated millions of Spotify streams: “Make Me Cry,” “July,” “Again” and more.