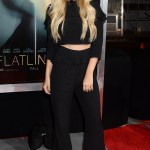 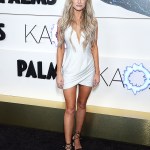 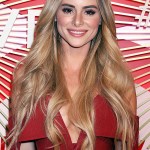 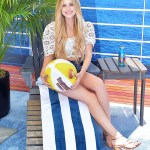 ‘Bachelor’ alum Amanda Stanton defended herself after fans called her out for driving from California to Arizona to get her hair done. She told her followers on Instagram that she’s ‘been making responsible choices’ amid the COVID-19 pandemic.

Amanda Stanton found herself in hot water after she revealed on her Instagram story that she had traveled from California to Arizona to get her hair cut amid the COVID-19 outbreak. The Bachelor Nation alum, 30, initially shared that she felt ‘like a new person’ after having her hair done on Monday, May 18, showing off her long blonde locks and dark roots on her Instagram story. But Amanda quickly received pushback from her followers, sharing the below statement in response.

“I’ve been very strict with staying home since 3/14,” the mother-of-two shared, noting that she had been quarantining for roughly two months by the time she and her daughters drove to Arizona. “I hadn’t had my hair done since January and my hair stylist, who I have been going to for years, JUST opened her salon. I thought I’d rather go when she JUST opened than later when more people had been there,” she explained. “There were only a few people in the salon today and I knew every single person in there very well and trusted them.” Amanda noted that she and her daughters had been tested for the virus before they left and “were negative.” The former Bachelor contestant also revealed that she and her daughters only stopped for gas in Orange County and didn’t stop anywhere else on their drive.

Finally, Amanda shared with her followers that she felt like she had nothing “to hide” regarding her initial post where she showed off her haircut. “I choose to be honest with you guys when I could choose not to be. I’ve seen so many people traveling by plane, hanging out in groups etc and doing much worse and not receiving ANY hate,” she continued, before ending her statement. “I feel really good about doing my part during this pandemic. That’s all!”

Fans will recall that Amanda first appeared on the 20th season of The Bachelor with Ben Higgins. The mother-of-two was eliminated by week eight but continued to make appearances on Bachelor adjacent franchises. She appeared on the third season of Bachelor In Paradise and accepted the proposal of Josh Murray. Unfortunately, the pair split and Amanda even noted that she should’ve ended things sooner, referring to ‘red flags‘ she saw throughout their relationship. She did return to Paradise for the fourth season but quit by week 4. Now, she spends a lot of her time sharing images to her IG with her two precious girls — Charlie and Kinsley.