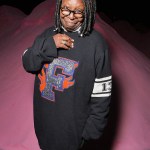 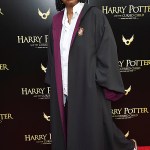 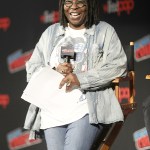 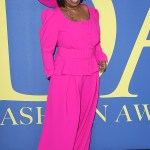 ‘The View’ started with a bang on May 18, with hosts Whoopi Goldberg and Meghan McCain clashing over the House passing a $3 trillion COVID-19 relief bill. It got to the point that Whoopi cut to commercial break.

Whoopi Goldberg and Meghan McCain butted heads on The View while discussing the pros and cons of reopening states amidst the COVID-19 pandemic. During the May 18 episode of the talk show, Joy Behar praised House Democrats’ passage of a $3 trillion coronavirus relief bill, and called on protestors to pressure Senate Majority Leader Mitch McConnell into passing it. Meghan began yelling that the bill was a “Democrat wish list,” and continued yelling over the other co-hosts until Whoopi cut to commercial break… not before the camera caught Meghan rolling her eyes. While The View‘s Hot Topics segment has been somewhat more subdued with the co-hosts forced to broadcast from their separate homes, the conservative pundit came in with guns blazing this episode.

Meghan said she agreed with a Wall Street Journal article that the co-hosts were discussing, in which author Peggy Noonan said stay-at-home orders amid the pandemic have “turned into a working class versus elite class issue.” Meghan hasn’t advocated for states reopening, but she has expressed that she empathizes with protestors who just want to get back to work. What she did take issue with, though, was Joy and co-host Sunny Hostin‘s comments about the House relief bill. Joy drew upon her past experience being an unemployed single mother who had to rely on unemployment checks to feed her child. Sunny agreed. “The suggestion, somehow, that this is a culture war, that this is a class war doesn’t really make a lot of sense,” she said. “What this is really about is the haves not wanting the have nots to survive this. And that is really, really serious.”

Meghan immediately interjected with, “That is just ridiculous!” Whoopi attempted to get a word in, but Meghan continued to speak. “Hold on, I just want to — let me finish my point!’ said Whoopi. “No, it’s a Democrat wish list!” Meghan repeated. “How are we going to tax people when there’s no economy?” The crosstalk became too much, and Whoopi, who serves as moderator of the show, was forced to cut to commercial break. Meghan was still speaking, but couldn’t be heard as the narrator announced the next segment.

This, of course, isn’t the first time that Whoopi and Meghan have clashed on The View. The two famously fought over President Donald Trump‘s impeachment in December, culminating in Whoopi telling Meghan to “stop talking‘ before cutting to commercial. The two ultimately made up, with Meghan saying on Watch What Happens Live that she “adores” her co-host.