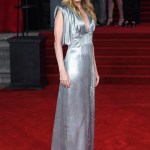 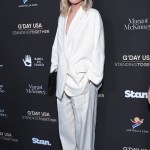 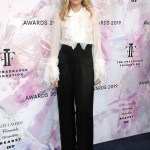 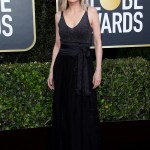 With a lovely sunhat and string of pearls, Michelle Pfeiffer channeled Ruth Madoff, whom she played in ‘Wizard of Lies.’ The actress’s Instagram followers raved both over her beauty and acting skills!

Michelle Pfeiffer, 62, didn’t just post any ordinary selfies on May 15. In honor of Flash Back Friday, Michelle reminisced on playing Ruth Madoff — the wife of Bernie Madoff, a former Wall Street hotshot who’s now serving time for operating a multibillion-dollar Ponzi scheme — in the 2017 film Wizard of Lies. In behind-the-scenes photos, Michelle smiled for a selfie while looking like a wealthy New Yorker in a round-brim straw hat, string of pearls and a white mesh top. Michelle’s bright smile was her best accessory! In the second selfie, Michelle had a stoic expression (sans makeup) while holding a photo of the real-life Ruth.

Makeup or no makeup, Michelle’s ageless beauty stunned fans once again. “Beautiful forever,” one fan gushed in the comments section, while another wrote, “You are stunning!” Many other fans could still remember Michelle’s Emmy-nominated performance in Wizard of Lies.

“You were so good in this,” singer Rita Wilson commented, and supermodel Naomi Campbell wrote, “Divine always [heart emojis].” Others demanded that Michelle should’ve won that award for Best Supporting Actress in a Limited Series or Movie at the 2017 Emmy Awards!

A post shared by Michelle Pfeiffer (@michellepfeifferofficial) on May 15, 2020 at 7:11am PDT

After all these years, fans still can’t get over how Michelle barely looks older than the iconic characters she played in movies like Scarface (1983), Dangerous Liaisons (1988) and Batman Returns (1992). For last Friday’s “#FBF” post, Michelle made fans do the match once again when she shared a photo that was taken on the set of Coolio‘s “Gangsta’s Paradise” music video. Michelle was 37 years old at the time, leaving followers in awe since she barely looked different at 62 years old.