Wendy Williams sent some breakup wisdom to Reginae Carter after the young star recently addressed her split from rapper, YFN Lucci. They called it quits in August 2019. Wendy, who finalized her very public divorce in January, warned Reginae, 21, that privacy is the key to avoiding a lot of relationship drama.

“Reginae, how about we keep our love lives really, really private,” the talk show host, 55, said on Thursday’s @ Home episode of her daytime talk show. She went on to advise against dating any “rappers, ball players, weirdos, [or] users,” adding, “You’re too good for that!” Wendy noted that Reginae, who’s “adorable,” has been a guest on her show.

Wendy’s reaction came after Reginae’s recent comments about what she learned from her breakup with YFN Lucci, 26. “I’m not bringing no dudes on the show [T.I. & Tiny: Friends and Family Hustle]. I’m not making nobody famous. I’m not putting nobody on no more,” Reginae told Page Six in an interview published on May 12.  — Something that resonated with Wendy. “I get what she’s saying,” the host admitted, questioning, “What was she even doing with [YFN]?” 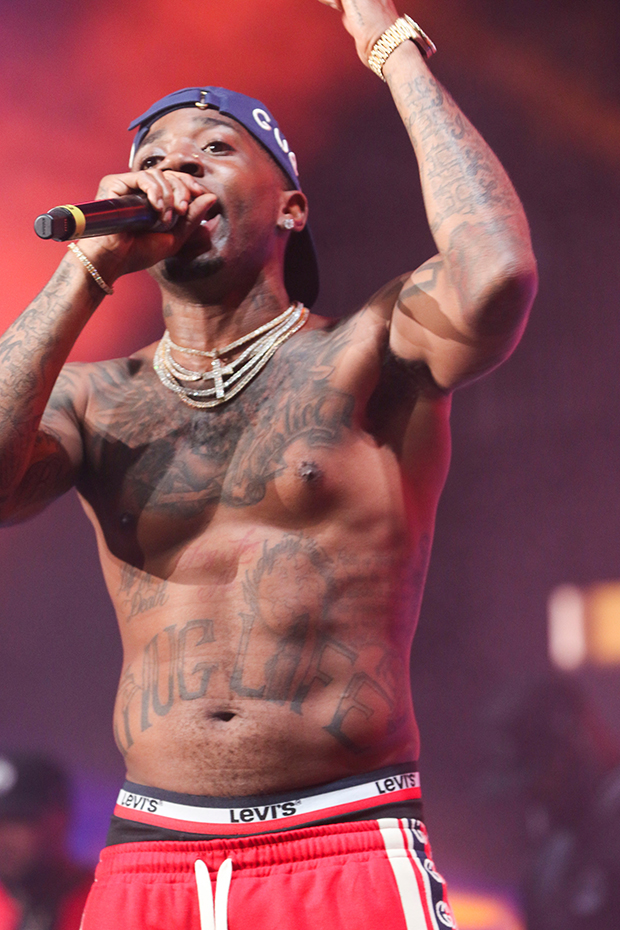 Reginae told the outlet that she may relocate soon to escape from fake people in her native Atlanta. “It’s hard dating in Atlanta — everybody knows everybody … I definitely feel like I need to leave and go to LA; that’s like, probably the only place that I can go,” she explained to Page Six. ”It is hard to decipher who’s real and who’s fake. All I can say to myself and other people is keep checking your bank account.”

Reginae and YFN Lucci dated on and off for several years before they split for good in August 2019. She opened up about their relationship to her mother Toya Wright on the April 17 episode of VH1’s T.I. & Tiny: Friends & Family Hustle.

“I’m getting a chance to really get to know myself and love myself before I allow myself to love somebody else,” Reginae said about her condition after the breakup. “It’s bringing my father [Lil Wayne] and I closer together because I’ve opened up to him. He’s giving me advice.”

Reginae recalled, “To hear my daddy tell me that Lucci, ‘he loves you probably, but he’s not in love with you because of the actions and the things that he’s doing.’ — He’s been through it all, so,” she continued.