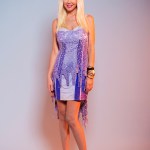 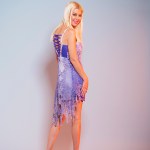 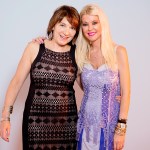 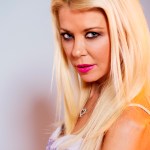 After Tara Reade accused Joe Biden of sexual assault, some supporters lashed out at her online — or they thought they did. Actress Tara Reid explains exclusively what it’s like being mistaken for the accuser.

Tara Reid wants to clear something up: she is not the womean who accused former Vice President Joe Biden of sexual assault. That would be Tara Reade. The Sharknado star, 44, was truly shocked when she started receiving negative comments on social media meant for Biden’s accuser, a former Senate staffer, now 56, who worked for him in the early 1990s when he was still the Delaware’s Democratic senator. “[My boyfriend, Nathan Montpetit-Howar] and I had no idea who Tara Reade was until all these comments appeared on my Twitter,” Tara told HollywoodLife EXCLUSIVELY. “I’m not into politics and don’t follow it that much. We couldn’t believe I was being mistaken for Tara Reade; our surnames are different, our ages are different.” Reade — the other one — claimed in a March podcast interview that Biden, now the presumptive 2020 Democratic nominee for president, allegedly assaulted her in a “semiprivate area” of a Capitol Hill building in 1993.

She said that she told three top Biden aides about the alleged incident; they denied this while speaking to The New York Times. Biden vehemently denied the allegation on the May 1 episode of Morning Joe, saying that “it’s not true… it never happened. It never, never happened. I don’t remember any type of complaint — it was 27 years ago — nor does anyone I know. The fact is, I don’t remember any complaint made… From the very beginning, I said believing women means taking their claims seriously. When they step forward, look into it. Women have the right to be heard and their claims vetted, but in this case, the claims are false,” he told host Mika Brzezinski.

“I’ve had comments saying I’m a bad person, how can you be doing this to Joe?” the American Pie beauty said. “Lots of people still don’t get it and they think I am the other Tara. It’s the craziest thing I have seen in my life.” She’s had some extremely wild interactions come out of this case of mistaken identity. The misunderstanding gone international! “One of my business partners got a phone call from Russia saying they were so sorry to hear about Tara being supposedly being sexually harassed by a politician. It was actually on the TV over there,” she revealed. “My friend had to call them back to say ‘believe me, she doesn’t know Joe Biden.'”

She joked that “[Biden’s] people must be mad at this because it’s keeping it in the news.” What Tara would rather people focus on is the incredible work she’s doing with artist Narine Arakelian to raise money for medical workers on the frontline of the COVID-19 crisis. As Tara explained on Instagram with a beautiful image, which you can see above, all it takes is posting a selfie. “Post a selfie of yourself in the mask and artist Narine Arakelian will donate to a fund that is buying masks for medical workers,” Tara wrote on Instagram. “Just go to @narinearakelianofficial and click on the face icon then click on the mask pic and choose try on and then post the pic with hashtag #lovexxl360

“the more likes we get the more money will be donated to the mask fund. I am so glad there are people out there doing things like this to help our medical workers in this crises and that I am part of it thank you and God bless all of the frontline workers saving the world. God bless everyone.”