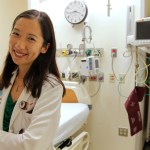 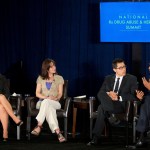 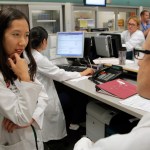 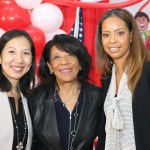 President Donald Trump, 73, should keep himself away from the First Lady, Melania Trump, 50, and their son Barron, 14, for at least two weeks. That’s what former Baltimore health commissioner Dr. Leana Wen is indicating after news broke on May 7 that one of his personal valets tested positive for the coronavirus. The doctor believes that, in accordance with the Center for Disease Control’s guidelines, he should self-isolate for 14 days after his last exposure with the staffer. She has one caveat, though. It all depends upon how much contact the President had with the personal valet.

“Here’s what I can tell you based on public health and medical guidance, because I don’t know the exact situation with the President,” Dr. Wen tells HollywoodLife EXCLUSIVELY. “But for anyone who has had close contact (which is defined as more than 10 minutes of interaction with someone, and it certainly seems like this personal valet would qualify for that type of close [physical] contact…) Anyone who has been in close contact with an individual who tests positive for COVID, that person should be in quarantine for 14 days, even if they test negative themselves.”

Dr. Wen’s statement is crucial because, while confirming CNN’s story, the White House said in a statement that both the President and Vice President Mike Pence had “tested negative for the virus” and “remain in great health.” But, even though Trump told reporters on May 7 that he had “very little personal contact” with the man, personal valets usually serve the President food and sometimes travel with him. This is all information that make him the perfect candidate to self-isolate from everyone in the White House, according to Dr. Wen.

“If I had a patient who had close contact with someone who tested positive, that person should be in quarantine, and not go anywhere in public,” she says. “Even at home, they should separate themselves from their family members; not share utensils, not share any spaces… Certainly should not be traveling and should not be in public. That’s the guidelines, as outlined by our own CDC.”

Dr. Wen’s stipulation is based on the “level of exposure” that Trump had with the valet. “There is a length of time. There is a type of contact that one has,” she says. “Potentially this person is serving the President in close quarters. There are utensils that are also touched and transferred in between people’s hands. It is complicated, which is why I don’t want to give specific guidance, not knowing the exact situation.”

However, for Dr. Wen, the bottom line is that, just like anyone else, if the President was in recent close contact with someone who tested positive for COVID-19, even before that person showed symptoms, he should self-isolate for two weeks to avoid “potentially” spreading the disease. “Even before you show symptoms, you could still be infectious,” she says. “In fact, some studies show that you [could be] more infectious right before you start having symptoms.”

The news about Trump’s valet comes days after the President was lambasted on Twitter for visiting the Honeywell plant in Arizona, which is manufacturing medical face masks, without wearing one himself thus potentially exposing others to the coronavirus, if he had it. The visit took place on May 5, the day before he was informed about his valet’s positive test result.