Stormi Webster, Anastasia Karanikolaou and Kylie Jenner are the ultimate quarantine trio! The cosmetics billionaire, 22, filmed her 2-year-old daughter watching (her favorite) Trolls with her best friend, also known as “Stassie” on Wednesday night. The duo danced and sang along to the new Trolls World Tour (2020) film before Stormi’s bedtime.

Kylie sat back on a beige couch while she captured the sweet moment between her daughter and longtime BFF, also 22. Stormi jumped around in a pink pajamas set, as her bouncy, brunette curls flew through the air. Meanwhile, Stassie showed off her flat tummy in a white cropped tank and a pair of tie dye sweats.

At one point during the movie, Stormi cuddled up to Stassie, who placed a gentle hand on the 2-year-old’s face. “Oh it’s Poppy!” Stormi yelled when her favorite character appeared on the screen. Kylie joined in on the fun and yelled, “Hi, Poppy!” before she shared a quick mid-dance hug with her daughter. Kylie also noted that she watches Trolls “everyday” with Stormi, who even had a Trolls themed birthday party back in February. 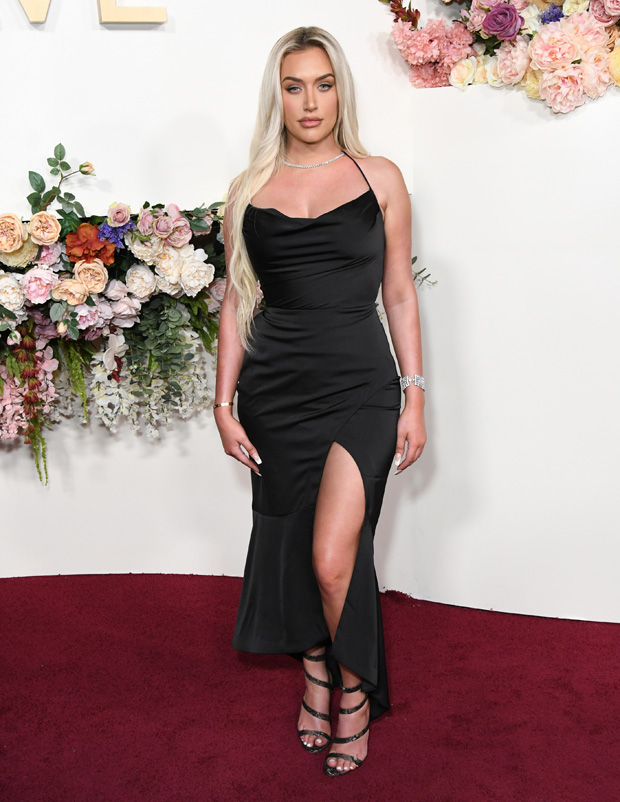 Anastasia Karanikolaou on the red carpet at the Revolve Awards in Los Angels, CA on November 15, 2019. (Photo credit: MediaPunch/Shutterstock)

Kylie’s been close friends with Stassie since the 8th grade. The influencer is engrained in the Kardashian-Jenner family, and has even starred in recent episodes of Keeping Up with the Kardashians. Stassie also joined Kylie, Stormi and (Stormi’s dad) Travis Scott on a vacation in Portofino, Italy last August. She was pictured enjoying family time her BFF and the rapper, and even helped out with the ex-couple’s then 1-year-old.

Speculation that Kylie and Travis are back together continues to swirl, as fans believe he is quarantining with his ex and their daughter. The “Highest in the Room” rapper was spotted in the background of a TikTok video Kylie shared on April 29 — soon after Stormi’s Trolls dance party. Kylie confirmed they were just friends in October 2019, eight months after she gave birth to their daughter.

Despite their relationship woes, Kylie and Travis are apparently still close enough for her to send him a sweet birthday message. On April 30 — La Flame’s 28th birthday —she posted a closeup shot of their faces touching on her Instagram Story. “Happy birthday @travisscott!!!! Stormi’s parents!!!!!!!!” she captioned the photo, tagging her ex.