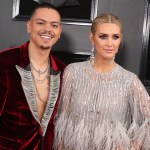 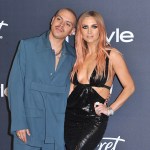 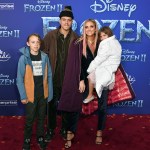 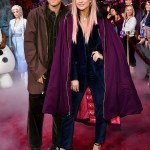 Baby on the way! Ashlee Simpson and her husband, Evan Ross, announced on Instagram that they are expecting their second child together, and were so thrilled to share the news ‘with everyone!’

Ashlee Simpson, 35, and her husband Evan Ross, 31, are going to be parents again! The happy couple took to Instagram on April 30 to share the thrilling news that Ashlee is expecting her third child, her second with Evan! “We are pregnant and we are so excited to share it with everyone. Baby #3,” Ashlee captioned the pics of herself holding the positive pregnancy test along with a photo with her adoring hubby. Ashlee also thanked Clear Blue for her accurate pregnancy test and tagged the March of Dimes nonprofit organization for the unprecedented work they are doing to support moms and babies during the ongoing COVID-19 outbreak.

In November 2019, the couple teased that they were “working” on having another baby soon after they welcomed their daughter in 2015. “We’re working on it,” the couple shared EXCLUSIVELY with HollywoodLife. “Maybe there will be some news at some point. Not right now. I’m still shooting. We still got a lot of things happening, but we definitely want to have another…we’re always practicing.” Clearly, the time that Ashlee and Evan had away from their work gave them the time they needed!

Evan and Ashlee, who married in August 2014, welcomed their daughter, Jagger, 4, in 2015 and were just as thrilled then! “Jagger Snow Ross!! We love her so much. She’s everything! Best daddy in the world,” Ashlee shared on in September 2015 Twitter, accompanied by a professional photo of the trio. Now, Jagger will be a big sister for the very first time!

We are pregnant and we are so excited to share it with everyone. Baby #3 ♥ Thank you @clearblue #clearbluepartner #clearblueconfirmed During this unprecedented time, we know pregnant women may be under greater stress which is why we are supporting @marchofdimes Mom and Baby #COVID19 Intervention and Support Fund. Check out their Instagram page to see how they are helping moms and babies get the care they need now and in the future.

Ashlee was previously married to Fall Out Boy member Pete Wentz from 2008-2011 and shares a son with the rocker. Mowgli Bronx was born on November 20, 2008, and has been co-parented by the two since their 2011 divorce. Now, Ashlee, Evan, and her little ones have a whole new reason to celebrate! Congrats to the couple and their growing family!