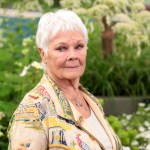 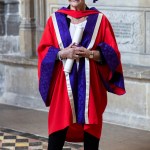 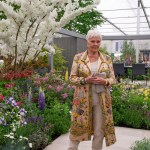 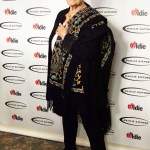 Dame Judi Dench could have a separate career in dancing based on how well she moved in her viral TikTok video!

Oscar winning actress, artist, author… dance star? Dame Judi Dench, 85, added another dimension of fabulousness to her already decorated resume when she put her dance skills to the test in a TikTok video next to her grandson Sam Williams. The video has Sam, who bares a striking resemblance to Ed Sheeran, inside what appears to be his bedroom with Judi appearing on his iPad on the right hand corner of the screen. “Baby Come Back” by Player began at the start of the clip before things took a 180 spin where the grandmother/grandson duo danced in perfect synchronicity to a much different version of the song. Judi looked absolutely fabulous while breaking it down in a cream and white colored ensemble during the footage that has since gone viral on social media.

Fans praised Judi all across many different platforms with repeated compliments about her moves. “She’s a total legend isn’t she?” one person tweeted while another wrote something similar with, “Ok but Judi Dench doing TikTok dances with her grandson might be the cutest thing ever.”  Others took note of how happy Sam appeared throughout. “The delight on his face is everything.”

Dancing has become one of the biggest hobbies that millions of people have been participating in during their time in self-isolation. Celebrities like the Shakespeare in Love star have been posting many video of them boogying inside their homes along with their loved ones as a way to make their fans either laugh or feel inspired to remain upbeat amid such a difficult time.