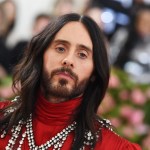 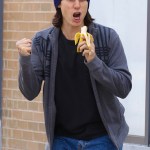 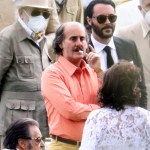 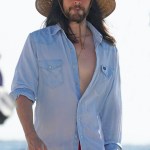 Claire Danes, Wilson Cruz, and cast members from ‘My So-Called Life’ got together on Zoom for a ‘heartfelt and overdue reunion’ over 25 years after the show ended! But fans immediately noticed that Jared Leto was missing from the group.

After My So-Called Life ended in January 1995 after only one season, it seemed like long-time fans of the short-lived show wouldn’t get the reunion they craved. But that all changed on April 15, when Wilson Cruz, 46, who played Rickie Vasquez on the show, shared a screenshot on Twitter from the cast’s Zoom call reunion with the series’ star, Claire Danes, 41! In the image, nine screens featuring the original cast appeared, with each smiling blithely at the camera, so happy to be back together again! “So…This happened the other night,” Wilson captioned the image on his Twitter account. “Most of the #MySoCalledLife cast was available for what turned out to be a very comforting, sweet, heartfelt and overdue reunion. We all have such love for each other, even 26 years later. It was overwhelming to see all of those faces together.”

One face who was missing from the impromptu virtual meet-up was Jared Leto. The Oscar winner, 48, played Jordan Catalano on the series, and fans definitely noticed his absence. In fact, a number of fans took to the comments of the tweet, sharing how excited they were to see the cast reunited, but also noting how predictable it was for Jared to not make an appearance. “Beautiful! And classic Jordan Catalano move to skip the reunion,” one fan tweeted. Another fan asked, “Where is Jordan Catalon?” To which one Twitter user threw some shade at Jared, saying he was off “running his cult.” Yikes!

Before Jared was a bonafide Oscar winner who recently made news for traversing the desert and missing the global news on the COVID-19 outbreak, he starred as Jordan Catalano alongside Claire Danes’ Angela Chase. My So-Called Life debuted on August 25, 1994. The series, which only saw one season, ran for 19 episodes and chronicled the complicated high school life of the mid-90s through the eyes of Angela. Jordan was the main love interest of Angela, who tried to help him through his learning disabilities. The pair had a dramatic relationship that played out on the show, which saw the two finally get together in the series finale. Claire went on to win her first Golden Globe award for her performance in the series.

So…This happened the other night. Most of the #MySoCalledLife cast was available for what turned out to be a very comforting, sweet, heartfelt and overdue reunion. We all have such love for each other, even 26 years later. It was overwhelming to see all of those faces together. pic.twitter.com/sei5eBRYw2

Claire was only 15 when the series finally premiered. Both she and Jared have seen a lot of success since their time on the show. Claire has won four Golden Globes and earned three Emmy awards for her work on the series Homeland. Jared went on to win an Oscar for his work in the 2013 film Dallas Buyers Club opposite Matthew McConaughey. Perhaps after this virtual reunion, the cast will consider another for fans to see and enjoy!