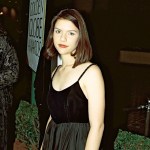 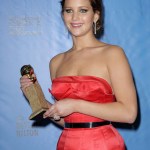 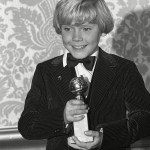 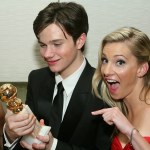 The 2018 Golden Globes are quickly approaching. Some of our favorite actors and actresses have won Golden Globes at very young ages. From Claire Danes to Jennifer Lawrence, these are the stars to nab that award under 30!

Ricky Schroder, now 47, is the youngest person to win a Golden Globe at 9 years old. The actor won New Star of the Year in a Motion Picture – Male in 1980 for his role in The Champ. The youngest person to come close to breaking Ricky’s Golden Globes record is Claire Danes, now 38. The Homeland star was just 15 years old when she won Best Performance by an Actress in a Television Series – Drama for her role in My So-Called Life. Both of these stars couldn’t even drive when they won their Golden Globes!

Chris Colfer, now 27, was just 20 years old when he won Best Performance by an Actor in a Supporting Role in a Series, Miniseries or Motion Picture Made for Television in 2011 for playing Kurt Hummel on Glee. The actor was so shocked when he was announced as the winner. His Glee co-stars Lea Michele, now 31, and Heather Morris, now 30, were in tears as Chris made his acceptance speech. The Glee family game is strong!

Jennifer Lawrence, now 27, was just 22 years old when she won Best Performance by an Actress in a Motion Picture – Comedy or Musical for her role as Tiffany in Silver Linings Playbook. JLaw had been nominated two years before for Winter’s Bone, but Silver Linings Playbook was her first Golden Globes win. Since her first win, Jennifer won two additional Golden Globes in 2014 and 2016. Emma Stone, 29, Brie Larson, 28, Julia Roberts, 50, and Marlee Matlin, 52, were all under 30 when they won their first Golden Globe as well.

HollywoodLifers, who is your favorite Golden Globe-winner actor or actress? Let us know!