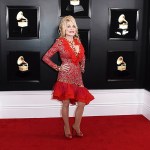 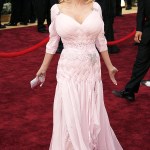 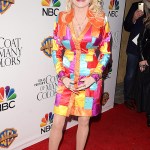 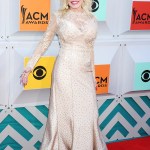 Dolly Parton’s longtime friend and ‘9 to 5’ co-star Jane Fonda shed tears talking about the ‘devotion’ that Dolly’s fans have for her and the country icon’s ‘extraordinary’ impact in the ‘Biography: Dolly’ special.

Jane Fonda, 82, and Dolly Parton, 74, have been friends for over 40 years, and Jane opened up about the country music legend’s legacy in the Biography: Dolly special that aired April 12 on A&E. Jane started crying while talking about how much Dolly’s fans love her. “It’s like through her songs she opens her arms wide and embraces such a broad swath of people that don’t always feel seen, and it’s why people love her,” Jane said in the documentary before wiping away tears.  “And it’s why when we’ve been in public with her, her fans will drive for hours to be where she is. I’ve been with a lot of big movie stars. I’ve never seen the devotion that her fans have for her in anyone else. It’s quite extraordinary.”

Jane and Dolly notably starred in the 1980 hit movie 9 to 5 together. Jane admitted that she realized Dolly would be “perfect” for the movie after turning on the radio and Dolly’s song “Two Doors Down” was playing. “When Jane came to me with it, I said, ‘Well, this is a good opportunity but I will only do it if I can write the theme song,'” Dolly revealed. Jane agreed and Dolly’s original song “9 to 5” went on to be nominated for an Oscar.

Jane revealed that Dolly’s character, Doralee, was “modeled on her personality. Dolly grew up poor in the sense of material advantages, so she knows what it feels like to be put upon, to be challenged, and I’m sure she’s been sexually harassed in her life.”

Fellow 9 to 5 co-star Lily Tomlin, 80, said that she, Jane, and Dolly “liked each other” immediately and had an “automatic camaraderie.” Jane added, “You cannot finish a day with Dolly without laughing so hard that you have to cross your legs.” Lily said the trio had quite a few pajama parties at the Beverly Hills Hotel.

Jane raved over Dolly’s professionalism while filming 9 to 5. “During the entire time that I was with her, when she came out of her bedroom, she was done,” Jane said. “I never saw her without her regalia. She’s an utter professional. I was very impressed.” Jane, Dolly, and Lily remained close friends over the years and reunited onstage at the 2017 Emmy Awards.