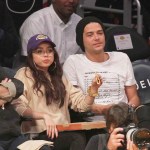 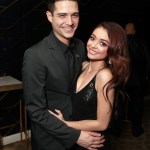 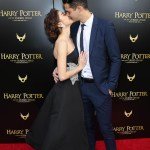 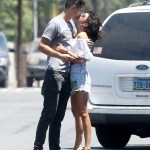 Now that ‘Modern Family’ has come to a close, a source shares where Sarah Hyland and Wells Adams’ wedding plans currently stand. Their pre-marriage thoughts have also been revealed!

The last ever episode of Modern Family aired on April 9, meaning the next big event to look forward to is Sarah Hyland and Wells Adams‘ wedding! Wells popped the question during a couple’s vacation on a private island in Fiji in July of 2019, and a source gave HollywoodLife an EXCLUSIVE update on Sarah and Wells’ thoughts and plans nine months later. Sarah is still “not sure what will happen in terms of a wedding date or location,” our source admits. Understandable, given that the world is currently dealing with a health pandemic!

Although plans aren’t set in stone, the future bride and groom are nevertheless excited to walk down the aisle. “Sarah and Wells can’t wait to make things official and know it will be special no matter what,” our source continues. “So, [Sarah] knows she will be busy to say the least.”

Sarah is just as excited about her professional future! After playing Haley Dunphy on Modern Family since 2009, the actress is ready for new projects. “Sarah thinks it is the sky’s the limit for her career after Modern Family. She is enjoying her time off, she is certainly well off financially and doesn’t have to work again, but she wants to star in her own shows and do movies that make her happy,” a second source EXCLUSIVELY tells HollywoodLife, who shares even more details about Sarah’s goals, here.

We don’t look at the calendar anymore ❤️ #jericojames & #jericojane

Before Sarah can walk onto a new filming set, though, she’ll have to quarantine inside with her fiancé. To pass the time, the ABC star has given Wells a haircut, filmed TikTok videos together, and even watched JoJo Fletcher‘s season of The Bachelorette. Yes, as in the very same season that Wells competed on before Sarah came into his life! But it was the show that brought them together — Sarah made it known on Twitter that she was a fan of Wells in 2016 and 2017!