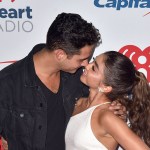 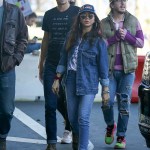 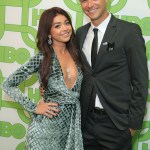 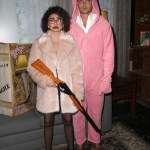 Sarah Hyland may have a career in cutting hair! Wells Adams allowed his fiancee, who admittedly never used a hair buzzer, to give him haircut on April 6. ‘The Bachelorette’ alum documented the whole thing his Instagram Story.

Sarah Hyland and Wells Adams gave a whole new meaning to relationship goals” in a series of videos he shared to his Instagram Stories on Monday night. The Modern Family actress, 29, gave the TV personality, 35, a buzz cut while at home in quarantine together. — Something she’s never done before. Wells filmed Sarah’s first time using a men’s hair trimmer, and it’s a must-see moment.

“This has gotten too much,” Wells said in the beginning of the clip, talking about his grown out head of hair. He then held up a hair clipper. Meanwhile, Sarah emerged in the background wearing a pair of glasses, a cropped tank and jeans.

“How many times have you cut a man’s hair, Sarah?” Wells asked his fiancee, as she held up her hands in a circle shape. “Not just a Zero, but a big fat zero,” she replied. “Ok, so this can go terribly wrong,”  Wells admitted. “Never used those,” Sarah added of the buzzer in his hand.

Once Sarah started to buzz the bottom of Wells’ hair, the video began to speed up to show the entire hair-cutting process.

As for the finished product?

“She did a pretty good job,” Wells, who looked surprisingly pleased, said.

The engaged couple finished off their productive day with a glass of rose and a rerun of JoJo Fletcher‘s season of The Bachelorette. They shared more videos poking fun at Wells, who competed for JoJo’s heart during season 12 in 2016.

Sarah and Wells have also spent time filming TikTok videos while hunkered down at home together. They poked fun at themselves after they filmed the couples challenge, which was inspired by Jennifer Lopez and Alex Rodriguez.