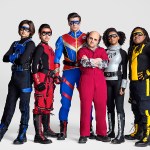 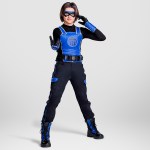 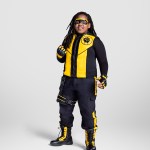 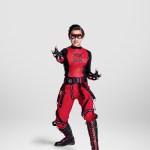 The world of ‘Henry Danger’ is expanding with ‘Danger Force.’ HL spoke EXCLUSIVELY with the ‘Danger Force’ cast about the action-packed spinoff, their characters, and more.

Danger Force, the new live-action spinoff of the Nickelodeon hit series Henry Danger, premieres March 28. The series features two fan-favorite characters from Henry Danger — Ray/Captain Man (Cooper Barnes) and Schwoz (Michael D. Cohen) — and introduces 4 new superheroes-in-training as they team up to fight crime in their town of Swellview. HollywoodLife talked EXCLUSIVELY with the talented actors who play the 4 new superheroes: Dana Heath, Luca Luhan, Havan Flores, and Terrence Little Gardenhigh. They teased their characters ahead of the March 28 premiere.

Terrence, who plays Miles, says his character is a “laid back, kind of old soul. He is very confident in the universe, and he’s confident that the universe has made him a path to follow. By any means necessary, he will follow that path.” On the other hand, Havan’s character, Chapa, is “very short-tempered but still fun to be around. She has this wild side to her a little bit, and she’s very determined and confident.” Luca noted that Bose is “not very smart” but is always “super happy.” As for Mika, Dana teased that her character is “very smart, articulate, fast-paced, very sure of herself, strong-minded, and just a natural leader.”

Henry Danger just came to an end after 5 incredible seasons. Danger Force takes place in the Henry Danger universe but it’s not going to be the exact same show. “There’s new danger and there are 4 new kids who are trying to get their powers together, but they don’t really know how to use them at all, which opens up a doorway to so many funny things,” Terrence teased. “They’re messing things up worse than they already are and getting into weird things. It’s super interesting.” Dana said that there’s “a lot of chaos going on that was in Henry Danger but it’s crazier [in Danger Force]. There are 4 kids instead of just Henry so Captain Man is trying to wrangle all these kids and teach them how to use their powers. It’s very crazy.” Luca added that the beginning of the show is “pretty hectic” because the kids are trying to “harness their new superpowers.”