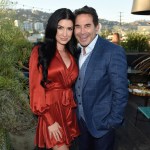 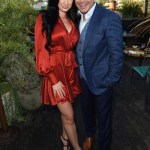 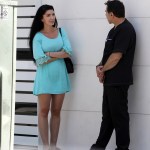 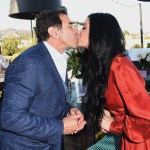 ‘Botched’ returns with new season 6 episodes starting April 13 and HollywoodLife has an EXCLUSIVE preview of the new patients Dr. Nassif and Dr. Dubrow have coming in.

There’s no rest for Dr. Terry Dubrow and Dr. Paul Nassif. The Botched docs are back with all-new episodes of their hit show starting April 13. There’s never a dull moment at work for these two. New patients are constantly coming in for their help. In our EXCLUSIVE preview, one of those patients is a drunk driving victim, who suffered serious facial scarring.

“I got hit by a drunk driver. I was told I’d probably never have my smile back,” the woman says. Terry is determined to fix her situation. “That we have to do something about,” he says. Another patient’s nose was nearly bitten off. “We couldn’t find my nostril,” the patient reveals. “I’m pretty sure my dog ate it.”

The surgeries also bring unexpected twists and turns. Paul pulls something out of a patient’s face that he calls a “monstrosity.” His entire team gasps when he pulls the object out. Naturally, there is at least one botched breast augmentation for Terry to tackle. “I’m not about to hear the dentist did your breast augmentation,” Terry tells the patient. Yes, that’s what happened!

Ahead of the season 6 premiere in Dec. 2019, Paul spoke EXCLUSIVELY with HollywoodLife about how patients show him what they want using an app. “[Patients] usually do their own face touch-up. I even have an app that they do, and they can do their own face touch-up and take care of the nose or something,” he said. However, there’s one celebrity nose that people love. “People love Kim Kardashian’s nose,” Paul noted. Terry added, “She has kind of created a new kind of buttock aesthetic, and they ask you for the Kim kind of look.” Botched season 6 will air Mondays at 9 p.m. ET on E!