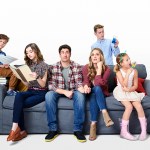 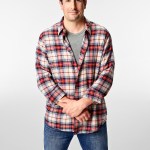 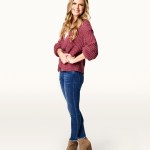 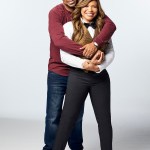 Kay and Mike are competing over Leila’s birthday party theme and Mike shows off his wrestling costume in this EXCLUSIVE ‘Outmatched’ preview. He asks for Irwin’s help and ends up getting body slammed!

Mike (Jason Biggs) is so excited about Leila’s birthday party and he thinks his wrestling theme is by far the best. In this EXCLUSIVE preview of the Outmatched season finale, Mike shows Leila his over-the-top costume, complete with gold metallic leggings. Mike says he’s got a matching costume for Leila! Leila drops the bomb that she’s not doing a wrestling party anymore.

She’s going with a royal wedding theme! Kay (Maggie Lawson) comes downstairs dressed in a fabulous floral dress and hat. Mike doesn’t think Leila came up with this idea on her own. Kay feels the same way about the wrestling theme. “Face it, Mike,” Kay says. “Leila wants to be a princess. She wants the crown and the dress and the pageantry.”

They let Leila decide what party she wants to do. Mike tries to impress Leila by having Irwin (Finesse Mitchell) body slam him in the living room. Irwin doesn’t want to take part in any of this but Mike is unrelenting. Irwin eventually body slams Mike right onto the living room table!

The synopsis for the Outmatched season finale reads: “When Mike and Kay get caught in a lie about Leila’s birthdate, they offer to throw her a party with a theme of her choice, but have trouble keeping their ideas to themselves. Meanwhile, Brian, Nicole, and Marc try to come to terms with the news that Rita and Irwin would be their guardians should something happen to Mike and Kay in the all-new ‘Royal Rumble’ season finale episode.” The Outmatched season finale airs March 26 at 8:30 p.m. on FOX.