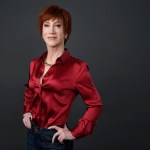 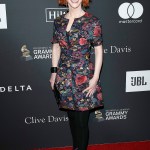 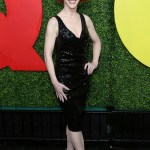 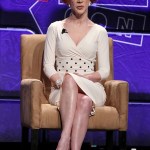 Kathy Griffin is throwing major shade at Donald Trump, as she claims he’s ‘lying’ about the United States doing ‘far more’ testing for the coronavirus than any other nation.

Kathy Griffin wants the world to know that she believes Donald Trump is “lying” to the United States. Earlier today, on March 25, the POTUS tweeted and claimed that our nation is the leader in testing for the coronavirus. But the 59-year-old comedienne, who was recently “sent” to a COVID-19 “isolation ward room in a major hospital ER” when she attempted to get a test for herself, says he’s not being truthful. “He’s lying. I was sent to the #COVID19 isolation ward room in a major hospital ER from a separate urgent care facility after showing UNBEARABLY PAINFUL symptoms. The hospital couldn’t test me for #coronavirus because of CDC (Pence task force) restrictions. #TESTTESTTEST,” she wrote on Twitter Wednesday.

And as we said, her tweet comes just hours after Donald Trump tweeted the following message: “Just reported that the United States has done far more “testing” than any other nation, by far! In fact, over an eight day span, the United States now does more testing than what South Korea (which has been a very successful tester) does over an eight week span. Great job!”

He’s lying. I was sent to the #COVID19 isolation ward room in a major hospital ER from a separate urgent care facility after showing UNBEARABLY PAINFUL symptoms. The hospital couldn’t test me for #coronavirus because of CDC (Pence task force) restrictions. #TESTTESTTEST https://t.co/18fRiOBsdN pic.twitter.com/0sU9fHu4r0

Soon after Kathy posted the photos, along with her message, fans on Twitter threw their support behind her. One commenter wrote, “God damn it! Lies like this during times like this, Trump is a war criminal. South Korea tested over 400,000, and they were averaging 10,000 per day. Have we even tested 10,000 people in our whole country?” And another added, “Should be an automatic test. I hope you stay safe, Kathy. I know you just lost your mother. I imagine your frustration must be overwhelming.”

As we previously shared with you, Kathy’s beloved mother, Maggie, died on March 17 at the age of 99, so we can’t imagine the heartache she’s going through right now. And the last thing Kathy needs right now is more stress, so we hope she gets a test soon, so she can have more knowledge on what she may be dealing with.