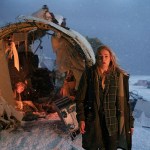 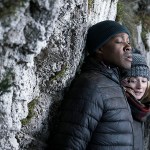 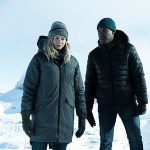 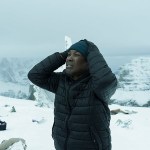 Winter is coming and Sophie Turner is facing off against it yet again. The actress stars in the Quibi drama ‘Survive’ and her character faces a brutal journey after a plane crash.

Sophie Turner is returning to our screens in the Quibi movie Survive and Sansa Stark would be so proud. Sophie plays Jane, a troubled young woman who is ready to take her own life. She’s headed home after an extended stay at Lifehouse, a place she calls a “home for the broken.” At the airport, she meets a man named Paul (Corey Hawkins) and ends up sitting next to him on the plane.

Just before she’s about to down drugs in a plane bathroom that will kill her, the plane crashes. Jane manages to survive, along with Paul. When she wakes up, she finds the destroyed plane in pieces. There are bodies everywhere in the snow. Paul knows they can’t stay at the wreckage or they’ll die.

“We can’t stay here. We have to climb down,” Paul tells Jane. She wants him to go on without her. She’s fine with no one coming for her. He refuses to leave her. Together they embark on a harrowing journey out of the wilderness and battle brutal conditions. Jane is even chased by a wolf, which is a far cry from the Stark children’s bond with direwolves.

Sophie is really getting in on the action in Survive. Aside from running away from Ramsay Bolton, Sophie mostly battled indoors with her words and power plays as Sansa Stark on Game of Thrones. She didn’t even get to fight in the Battle of Winterfell. Sophie proves she’ll always be a Stark facing the brutal snowy elements in Survive!

Survive is a thrilling drama based on the critically-acclaimed novel of the same name by Alex Morel. Survive is one of Quibi’s “Movies in Chapters” and will debut on Quibi on April 6.