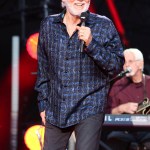 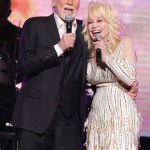 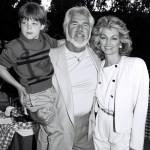 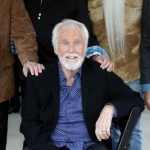 Dolly Parton stifled tears as she shared an emotional tribute to her longtime friend and collaborator Kenny Rogers after he passed away at 81.

Dolly Parton, 74, is mourning her longtime friend, country music legend Kenny Rogers, who passed away from natural causes at the age of 81. His family revealed the sad news via the singer’s Twitter page on March 21, hours after he died on the evening of March 20. Dolly took to Twitter to share a tribute to her close pal and “singing partner” which you can watch here. “I know that we all know that Kenny is in a better place than we are today and I’m pretty sure that he’s going to be talking to God sometime today,” she began. “He’s going to be asking him to spread some light on a bunch of this darkness. I loved Kenny with all my heart. My heart’s broken. A big ol’ chunk of it has gone with him today.”

Dolly then got emotional as she held up a photo of her and the Grammy winning hitmaker. “God bless you Kenny, fly high straight into the arms of God. To the rest of you, keep the faith,” she said, as she stifled tears. Dolly’s sweet caption reiterated just close the duo were. “You never know how much you love somebody until they’re gone,” she wrote. “I’ve had so many wonderful years and wonderful times with my friend Kenny, but above all the music and the success I loved him as a wonderful man and a true friend.”

Kenny had 24 number-one hits, was a Country Music Hall of Fame member, six-time CMA Awards winner, three-time Grammy Award winner, and the recipient of the CMA Willie Nelson Lifetime Achievement Award in 2013. Dolly was one of his most notable collaborative partners, and their 1983 smash hit “Islands In The Stream” sparked a friendship of nearly four decades. The crooner had said on multiple occasions, that out of everyone in the music industry, Dolly was his best friend. “She’s the most electric, energetic person I’ve ever met in my life. I’ve never seen her not dressed to the nines,’ Kenny joked in a 2008 TV interview on the Great American Country channel.

It’s clear the duo were super close, which led to many rumors in the press that the singers were romantically linked. However Kenny set the record straight in an interview with HuffPostLive in 2013. “Everybody always thought we were having an affair but we didn’t! We just flirted with each other for 30 years,” he said. That year, to celebrate three decades of friendship, the pair released a duet called “You Can’t Make Old Friends”, which appeared on Kenny’s final country music studio album.