Ben Affleck and his rumored new girlfriend Ana de Armas were photographed out and about in LA on Wednesday afternoon. The Way Back actor, 47 and the Knives Out actress, 31, who were joined by her tiny white pooch, stopped for coffee at Starbucks amid the COVID-19 global health crisis — which state officials have advised the public to stay indoors.

The couple, who recently vacationed together in Costa Rica, were all smiles during their coffee run. They were color coordinated in their matching grey coats. Ben wore a navy blue undershirt and khakis, while Ana donned a white tee and black leggings. They both stepped out in sneakers.

While Ben and Ana have yet to address their rumored romance, it’s quite clear that they’re at least Instagram official… sort of. Just yesterday, Ana took to Instagram to share a series of stunning images of herself that were taken on the beach at sunset She captioned the solo shots with star emojis and an orange heart, but didn’t tag who was behind the camera. Interestingly enough, paparazzi photos caught Ben taking photos of Ana on the beach in Costa Rica last week. 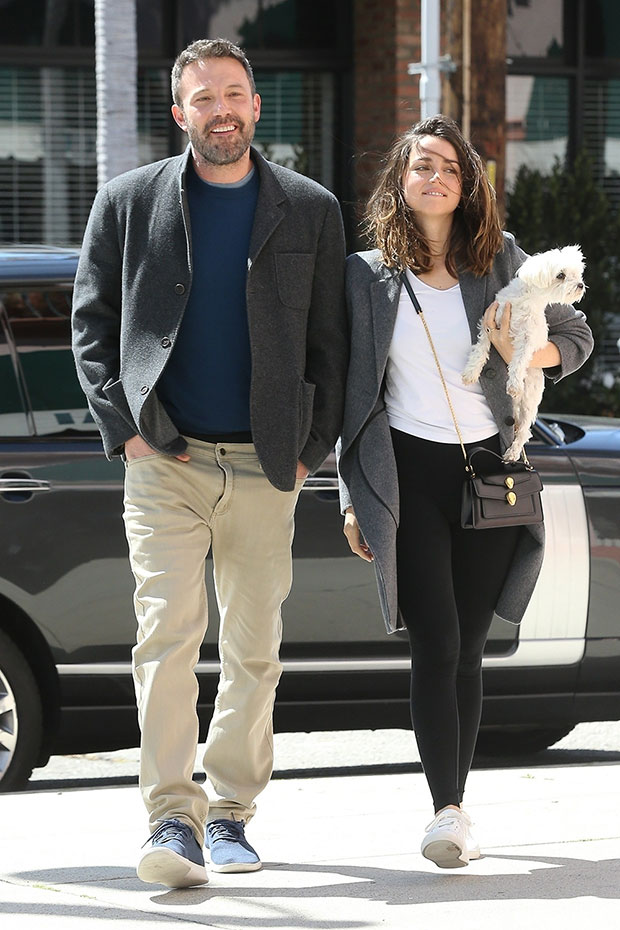 As for how Ben and Ana met? The Cuban-Spanish actress is playing Ben’s wife in the upcoming thriller, Deep Water. The film, set for release in November 2020, is about a businessman who allows his wife to have extramarital affairs to avoid a divorce, but things take a turn when he becomes the prime suspect in the disappearance of her other lovers’.

Ana recently spoke about how captivating of an actor Ben is on screen.

“The first time we read the scenes together, it became pretty clear he was going to do something exceptional with a very complex role,” she told Vogue Spain about her co-star. “His character is the engine of the story and requires him to move between tragedy and irony or between realism and the most absurd comedy.”

“Not only does he know how to do it with ease, he also manages to surprise you in every shot. His talent is infinite,” Ana said.