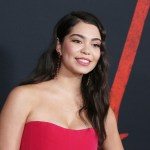 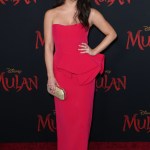 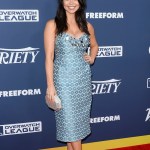 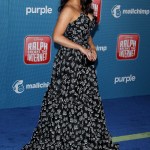 After the success of 2016’s animated film ‘Moana,’ the film’s star, Auli’i Cravalho, shared EXCLUSIVELY with HollywoodLife that she’s ‘so proud of the work I did with the film’ and would happily return to the role!

Could rising star Auli’i Cravalho make waves again for Disney? The budding actress and singer, 19, starred as the voice of the titular Moana in the 2016 Oscar-nominated animated feature and has been riding the wave of her success since! But now, with the craze of animated films getting their live-action adaptation, she’s more than ready to return to the sea! “A live action Moana! Would I consider doing it?” Auli’i pondered during her EXCLUSIVE chat with HollywoodLife. Ever the humble Disney Princess, Auli’i remained incredibly humble and thoughtful with her response.

Auli’i confessed that she didn’t “think I have gotten that one before,” referring to the question. Overall, though, the young star shared that she is “so proud of the work that I did with the film” and offered some perspective since its 2016 release. “The film came out when I was sixteen and I am nineteen now. I would be more than happy to see someone else play that role, and if it were to fall to me I would do my absolute best as possible.” And Auli’i has really had some Disney Princess training since her time voicing the animated character!

On November 5, 2019, Auli’i played the role of Ariel in The Little Mermaid Live! Auli’i was joined by John Stamos and Oscar nominee Queen Latifah for the undersea adventure and wowed audiences with her vocals and acting. But despite having played two Disney heroines at the age of 19, Auli’i confessed that she would just be proud to be a part of a live-action Moana in any shape or form — literally! “If I got to do Hei Hei, if I couldn’t get Moana that would be totally fine, just cast me as the chicken!”

Taking a more serious tone, Auli’i shared that she would be “happy to have any input in the film.” For the last decade, live-action versions of classic, animated Disney films have become a major trend. Between 2015’s Cinderella to 2020’s Mulan, and a number of films in between, audiences have been treated to new visions of their favorite Disney movies. Naturally, it’s only a matter of time until Moana gets the treatment. And, should plans for the live-action iteration come to fruition, casting directors can call on Auli’i so fans can see just how far she’ll go!