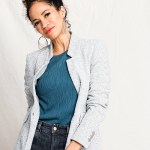 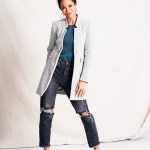 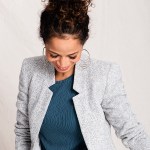 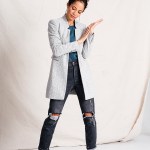 Sherri Saum spoke to HollywoodLife in an EXCLUSIVE interview about Ellie’s fate in ‘Locke & Key’ season 2!

We’re still raving over the mysterious Netflix series Locke & Key, and actress Sherri Saum, who plays Ellie, is dishing on her character’s wild finale and where she hopes things go in season 2! First and foremost, Sherri said, she’d like to think it “didn’t end,” despite her character being tossed through the through the mysterious Black Door by the Locke children, who believed she was Dodge. “I mean they have more content in the graphic novel as like a season two, but nothing is set in stone and they take a lot of license with what they do from the graphic novel to the translation to the screen,” she explained in an EXCLUSIVE interview with HollywoodLife. “It’s fantasy show, and anything can happen, obviously. These keys are magic, and I just keep telling the creators, ‘I hope there’s like a key that’s from behind that door that I can open from the other side, and tiptoe back in when I want to.’ So, as far as I’m concerned, I feel like Ellie could pop up at any random moment.”

In addition to finding her way back to Matheson, Sherri revealed she’d love Ellie to “further the friendship with Nina Locke, if possible.” “We had such a nice little times we did share on screen, it was just a really nice connection, and she obviously needs some friends in her life. She needs someone to hang out with, and just I think there’s a lot there because I knew her husband so well,” she explained in an EXCLUSIVE interview with HollywoodLife.com. “Obviously her husband’s been killed. She’s got a lot of baggage around that, and I feel like I would be the perfect person to be her ally.”

In the series, Sherri’s Ellie is the only surviving member of Rendell’s high school friend group, the “Keepers of the Keys,” making her one of the only characters in Locke & Key who thoroughly understands the power of the keys.

“There’s so much more to explore. Even within the fans of the graphic novel will know, there’s a whole list of keys that they haven’t even touched upon yet. So, which is great. It’s a lot of material to mine for potential seasons,” Sherri said of the other keys to be discovered. Be sure to binge Locke & Key on Netflix now!