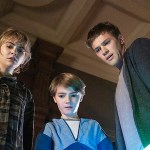 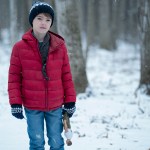 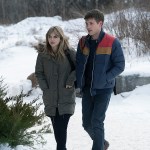 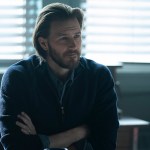 ‘Locke & Key’ premieres Feb. 7 and HollywoodLife sat down EXCLUSIVELY with stars Connor Jessup and Darby Stanchfield to discuss their characters’ journeys after a tragic loss and more.

Locke & Key is making its highly-anticipated debut on Netflix. The series, based on the best-selling comic book series, follows the three Locke siblings and their mother as they move into their ancestral home, Keyhouse, after their father, Rendell, is murdered. When they get to Keyhouse, they discover magical keys that could unlock answers about Rendell’s death. Locke & Key stars Darby Stanchfield as Nina Locke, Jackson Robert Scott as Bode Locke, Connor Jessup as Tyler Locke, and Emilia Jones as Kinsey Locke. HollywoodLife spoke EXCLUSIVELY with Darby and Connor about Nina and Tyler’s journeys over the course of the first season.

“I think one of the things that’s so intriguing about the show is that you meet this family of four, these three kids and their mom, who have just come out of — or who have just gone through this really horrible tragedy, which is the death of their dad,” Connor told HollywoodLife at the show’s press junket in Los Angeles. “They’re all four of them dealing with it in such different ways [and] who they were before this tragedy. They’ve all been fractured and shattered and broken up and their relationships with each other are broken and that’s where you meet them at the lowest…” Darby adds, “At the lowest point of their lives.”

Connor said that the “magic” of the show comes from “how these characters move through this trauma that the experience. How they grow up, how they reconnect.” When it comes to Tyler, his father’s death unearths so many emotions inside of him. “He is used to feeling comfortable,” Connor continued. “He is used to liking himself, feeling relaxed, in control of a situation. Suddenly, he doesn’t. He doesn’t know how he feels, he doesn’t know how he feels towards his sister. Things make him mad, things make him sad. He’s taking all this feeling that he doesn’t know what to do with and crunching it up and keeping it inside and that’s his way of dealing with it.”

When it comes to Nina, Darby loved that she wasn’t a perfect parent. “She’s not June Cleaver. She’s really good at fixing things up and she’s a really good artist, but Rendell was the one who held the family together,” Darby said. “So it’s also Nina‘s journey of trying to connect to her kids, trying to find resolution and healing, yet she’s really bad at it. So that challenge is kind of what Nina is about.”

Keyhouse holds a lot of questions that the Locke kids and Nina want answers to, especially since most of those questions concern Rendell. “They know that maybe he had some bad memories there but they don’t know what they were,” Connor teased. “It’s a total mystery to them. And until that moment they are normal people living a normal life. Not a great life, but a normal one. When they arrive at Keyhouse, they find very quickly that it’s filled with these magic mysterious keys that all have different powers. On the property, there’s this demon who is also chasing these magic keys and their ordinary life is suddenly completely thrown…”

Darby noted that at the heart of the series is family and how they adapt and evolve together. “You meet them at a very low point and you see the family sort of experience this together and grow and change and they arrive at a very different place at the end,” she said. “There’s just a lot of heart in this family. They care about each other.” All episodes will be available to stream on Netflix starting Feb. 7.