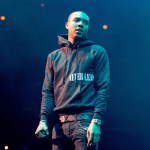 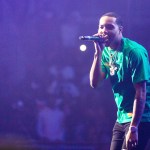 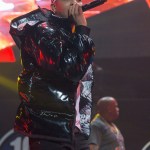 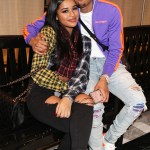 G Herbo dropped his new album, ‘PTSD,’ on Feb. 28, and fans couldn’t help but notice that one song, ‘Feelings,’ seems to be an ode to his ex, Ariana Fletcher.

It’s been more than a year since G Herbo and Ariana Fletcher ended their relationship, but they’re still in each other’s lives since they share a son, Yosohn Santana, 22 mos., together. On one track from Herb’s new album PTSD, which is called “Feelings,” he raps about where he stands with Ari after some struggles in their relationship. The song starts with the lyrics, “Talked to my kid mom today, that was kind hard, sick of all the drama in my life, we ain’t gotta start, how the f*** we still holding grudges? You ain’t got a heart.” OUCH!

However, he gets more sentimental about their relationship as the song goes on. “These the years now when he young, but my jit watching,” he continues. “Just cause we fell out of love, that ain’t his problem, every kid want a mommy and a papi, but how we gonna co-parent when it’s sloppy?” At one point, he also admits, “I got love for you still, literally, I hate that we seeing s*** differently, I can’t let it get to me.” Herb and Ari ended their relationship in Oct. 2018, and afterward he started dating Taina Williams, who is Fabolous’ step daughter. He and Taina went public with their romance on New Year’s Day 2019.

There has been some drama between the couple and Ari from the start, as she accused Herb of cheating on her with Taina. Then, in Oct. 2019, she went on a social media rant against Herb. Ari claimed that she and her ex had discussed not bringing Yosohn around Taina, so when she saw social media videos of her son with Herb’s girlfriend, she went off. However, she eventually deleted her post.

At the beginning of 2020, Herb was hit with rumors that he had cheated on Taina, but he took to social media to slam the reports. Taina proved that all is well in their relationship by taking to Instagram to congratulate him on the release of PTSD on Feb. 28, as well. “Congratulations my love on your new album dropping AND the start of your new tour!!!!!” she gushed. “I’m so so so proud of you, I see how hard you work day in and day out and I just want you to know that it doesn’t go unnoticed!!! All the nights you left me for the studio is finally paying off.”