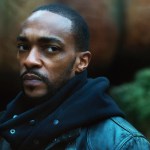 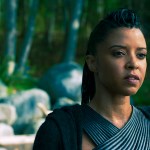 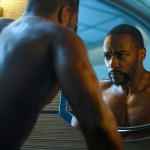 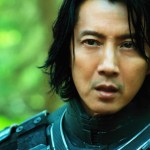 Anthony Mackie is starring in ‘Altered Carbon,’ but he has another show coming out this year: ‘Falcon & The Winter Soldier.’ HL got EXCLUSIVE scoop from Anthony Mackie about Sam Wilson in the series.

Anthony Mackie is pulling double duty when it comes to TV this year. He’s playing the new Takeshi Kovacs in season 2 of Netflix’s Altered Carbon, which is now streaming, and he’ll be reprising his role as Sam Wilson in the Disney+ series The Falcon & The Winter Soldier. HollywoodLife sat down EXCLUSIVELY with Anthony to talk about the two characters. Anthony revealed that Takeshi and Sam couldn’t be more different.

“With this new series, Falcon & [the] Winter Soldier, you get to see Sam in a completely different light,” Anthony told HollywoodLife at the Altered Carbon press junket. “You get to see him in his day-to-day life and learn and see who he actually is. In the movies, you don’t really get any of the personal aspects of Sam, so he’s wildly different from this character. Kovacs is more inward, more grounded, more cerebral, and Sam really loves his job.”

The Falcon & the Winter Soldier will take place after the events of Avengers: Endgame. Sam Wilson, a.k.a. Falcon, will be taking up Captain America’s shield. He’ll be teaming up with Bucky Barnes, a.k.a. the Winter Soldier, for a global adventure that tests their abilities. The new Disney+ series will premiere in the fall of 2020.

Joel Kinnaman played Takeshi Kovacs in season 1 and Anthony discussed how Joel and Will Yun Lee’s performances influenced him. “Season 1 was about revenge so he was very stoic, he was very dark, very quiet within himself. In this season, it’s more Shakespearean in the way it’s written. I equate it to Romeo & Juliet because everyone is looking for their partner. Everyone is looking for their source of happiness, so he’s more outwardly emotional and his relationship with Poe comes to the forefront of the series as well. He’s very different.”