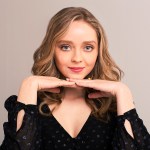 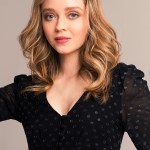 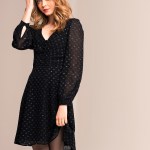 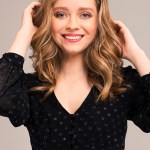 In the ‘TATBILB’ sequel, Madeleine Arthur’s Christine gets a love interest of her own! The actress spoke to HL about her character’s romance with Trevor!

As Lara Jean deals with her love triangle, her BFF Christine has her own budding romance with Trevor (Ross Butler) in the To All The Boys I’ve Loved Before sequel, PS: I Still Love You. Madeleine Arthur, who plays Lara Jean’s eccentric and fun bestie Chris, dished on her character’s love interest in the new film, and what we can expect in the third movie! “She is flirting with Trevor and that was really exciting to explore as Chris because in the first movie we see her as very independent, and she’s still very independent, but just seeing her start to explore this relationship was a lot of fun,” Madeleine said in an EXCLUSIVE interview with HollywoodLife.com.

When it comes to what Chris sees in Trevor, Madeleine explained that in this case, she thinks opposites definitely attracted! “I think that Chris and Trevor, they’re definitely in a scenario of opposites attract, but they both share this zany sense of humor. So, I think humor is definitely something that Chris is attracted to,” she revealed. One thing she promised, too, is that a boy would never, ever come between Chris and Lara Jean’s friendship. “Nothing will ever come between those two,” she declared. “They’re friends until the end.”

Lucky for all of us TATBILB fans, the cast already filmed the third movie, To All the Boys: Always and Forever, Lara Jean. While she couldn’t divulge much, Madeleine said that Christine’s role “develops” more and she’s “super, super thrilled for everyone to see that.”

“Her and Lara Jean’s friendship really builds to the biggest capacity that we’ve seen it at, and they have some really wonderful moments together,” she teased. “I am very excited for everyone to see the third… and everything else about the third movie as well! They go to Seoul and they go to Korea and it’s an exciting movie.”