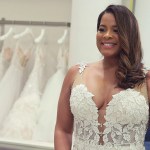 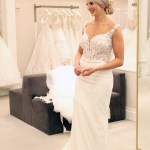 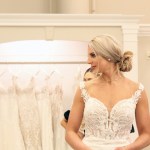 HollywoodLife is EXCLUSIVELY debuting the season 11 supertease of ‘Say Yes to the Dress: Atlanta’ and revealing the premiere date. Get ready, this season is going to be EPIC.

Say Yes to the Dress: Atlanta will return for season 11 on March 21 at 8 p.m. on TLC. Your favorites Lori Allen and Monte Durham are back to make sure every bride and bridesmaid that walks into Bridals by Lori has an unforgettable experience. However, the bridal parties bring their fair share of drama. In the trailer, one bride breaks down in tears when her bridesmaids abandon her and one member of a bride’s party says she looks like a “cheap hooker” in one dress.

The most dramatic moment of the trailer comes when Monte reveals that Lori has had an accident. “We had just finished filming when she fell and hit pretty hard,” Monte reveals. In the footage, you can hear Lori fall and she says that she fell on her face. The accident forces Monte to go to market without Lori. She’ll be out of the salon for an “extended period of time.”

Season 11 will also feature notable celebrity guests, including Jessa Duggar Seewald from Counting On, who suggests a modest wedding gown for her more-adventurous sister-in-law; country music duo Maddie & Tae, who are in a time crunch to find bridesmaid dresses for Maddie’s crew before they leave for their big tour; and Bring It On actress Brandi Williams, who is looking for something different from her traditional red carpet glamour.

Bridesmaids take center stage this season, filling the salon with big personalities and even bigger drama. Viewers will see a maid of honor who is more of a bridezilla than her identical twin sister who is actually getting married, to a same-sex couple looking to outfit their 11 bridesmaids in gowns that stand out but still complement each other, to a bride who envisions her bridal party in an “urban mermaid” look that’s more swimwear than wedding attire. Lori and Monte have their work cut out for them, but will do everything to ensure each member of the bridal party falls in love and says yes to the dress!

“With all the drama, we still make dreams come true,” Monte says. Say Yes to the Dress: Atlanta will air Saturdays on TLC.