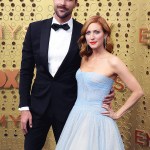 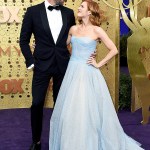 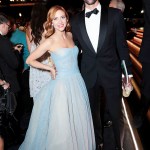 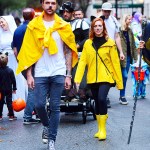 Brittany Snow revealed to HollywoodLife in an EXCLUSIVE interview that she knew now-fiancé Tyler Stanaland was ‘the one’ on their 2nd date!

As Brittany Snow and Tyler Stanaland plan the wedding of their dreams, Brittany looked back on their relationship in an EXCLUSIVE interview with HollywoodLIfe.com, while discussing the couple’s partnership with The Knot for The Knot Registry. “It was actually… it sounds really creepy, but it actually was on our second date [I knew he was the one],” Brittany gushed. “We were actually playing UNO at a bar, and he was talking to me about his values and about how much he loves his mom and how he really valued being in a committed relationship and what he saw for his future and I was like, ‘Wow this really hot guy has the best values!'”

The Pitch Perfect actress continued, “I just had heart eye emojis from then on!” The couple were engaged last February and are now in the midst of planning their LA-based nuptials, which Brittany revealed they have worked on together. “Every decision I’ve made, he weighs in on and vice versa. We really have been working together and it’s nice to realize we have the same style, and we agree on everything, which I feel is a huge testament to how our relationship goes,” she explained.

The one item that will be on the menu that is so Brittany & Tyler? Tacos and margaritas! “It’s a thing that everyone knows about us! We only eat tacos and margaritas!” Brittany laughed, revealing there will be a margarita cart and taco truck at the wedding. “There’s a movie that we really love and everything kind of looks like it’s been in a timeless capsule where you’re not really sure what time period it is. It could be the ’50s, the ’60s and ’70s, and we feel like that’s very true to us and our style,” she continued. “The style is really timeless and classic, kind of architectural lines and shapes in a way, but also really romantic at the same time.”

In partnership with The Knot Registry, Brittany and Tyler picked out some incredible items to start their new married life together, and also chose to support the Surfrider Foundation in lieu of gifts. Other items include a Yeti Cooler, a Taco Bar Set and a Caspar Dog Bed for their sweet rescue Billie!