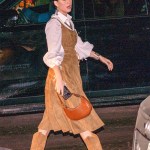 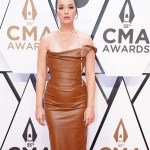 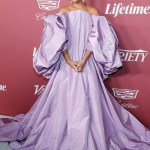 Jaws dropped after Katy Perry debuted a new hair makeover that many of her fans have never seen before!

Talk about being your own “Firework!” Katy Perry, 35, got up close and personal with her fans when she shared a glamorous selfie of her new hairstyle on Instagram on Saturday, February 22. The singer flaunted much longer blonde locks in her gorgeous new photo and used the caption to make a clever remark about the big change. “if you don’t love me at my pixie cut then you don’t deserve me at my Goddess glow,” the caption read.

Katy’s fans were quick to respond to her fresh look and from the number of positive comments she received, we’d say it’s a win! “I love,” one comment read. “Katy, YOU LOOK GORGEOUS 💗💗💗💗,” another wrote. A third called her a “queen” and many others left heart-eyed emojis to show their love for her long hair.

Katy’s latest hair style isn’t the first time she’s wowed fans with a new and flattering look. The “Wide Awake” crooner is known for showing off various hair colors and cuts on a regular basis. From the black hair she had when she first made her breakthrough on the music scene to a neon green short cut, she has proven that she can rock just about anything and still look amazing.

In April 2019, Katy debuted a hairstyle that is similar to her latest one. It included long honey-colored waves and she shared a pic of herself showing off the new do while she was still sitting in the salon chair after having it done. “They call me handy,” her caption for the snapshot read.