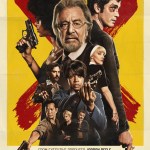 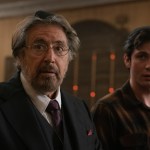 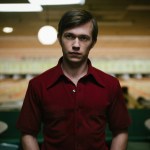 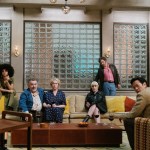 ‘Hunters’ season 1 is now streaming Amazon Prime Video. HL spoke EXCLUSIVELY with Greg Austin and playing ‘psychopath’ Travis, how he prepared for such a dark role, and more.

Hunters is ready to be your next TV obsession. The Amazon series follows a band of Nazi hunters living in 1977 New York City. The Hunters have discovered hundreds of high-ranking Nazi officials are living among them and are conspiring to create a Fourth Reich in the United States. Greg Austin stars as Travis Leich, a Nazi hitman who lurks under the radar but is always up to no good. “He’s the force of chaos,” Greg told HollywoodLife. “He’s the antagonist that the Hunters are sort of mainly looking for. They don’t know he exists at the start, but they see his work unfolding. He crosses paths with them in some interesting ways. He’s the force to which they’re responding. He’s very much a ghost. You don’t know much about him. You don’t see much of his history. I didn’t know much about him going into the production. I was sort of given a bit of free reign as to what I wanted to do with him. You do get a little bit about his family later on in the season, but that all just comes together to make his personality in more of a question. Why is he the way he is? There’s not really much reason that you see as to why he is the way he is, which makes him an enigma.”

Travis is just “carrying out this greater power that is looking to bring about the Fourth Reich.” Greg stressed that Travis is a “psychopath through and through” and he’s got this “sadistic glee bubbling under the surface.” Basically, don’t expect a redemption arc for Travis. “A lot of bad guys think they’re doing the right thing. They think that they’re the good guy, but Travis is one of those rare exceptions where he knows he’s the bad guy and he f**king loves it,” Greg said.

Before Hunters, Greg’s most notable roles included playing Charlie Smith in the Doctor Who spinoff Class and young Gordon Selfridge in Mr. Selfridge. But Greg had been searching for something different. “It was unlike anything I’ve read for,” Greg continued. “I’m always playing very posh, English, princely roles. The boy next door sort of thing because that’s just sort of me. I’m a southern English boy who’s slightly awkward and mumbling. I’d been looking for a role that was essentially this, something that was evil and physical and as far away from me that I could go. When I read this, it was literally what I meant. It was literally the role I’ve been waiting for and I went for it and was lucky enough to land it.”

Greg did do his fair share of research to prepare for the role of Travis and he was also inspired by a Killing Eve star. “I bought a copy of Mein Kampf, which was a weird purchase. I wanted to get into the mindset of the man, though,” Greg told HollywoodLife. “It was very informative reading that book. I did a little research into Nazis, especially around the war and how it then progressed into the 50s and 60s. In the 70s, it sort of became a punk thing at one point. Just the evolution of it is very interesting to listen to. I looked into some famous psychopaths. Ted Bundy was a big inspiration. He was a super interesting man and just supremely evil. It’s that sense of complete control over any situation. It’s the wanting to be seen but not seen. He has this mask on and he’s performing at all times, but you never actually see him as a person. I also got a lot of inspiration from Jodie Comer’s character in Killing Eve. I watched that before I started shooting for this and took a lot of inspiration from Jodie.” The entire first season of Hunters is now streaming on Amazon Prime Video.