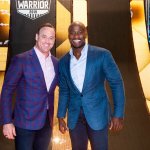 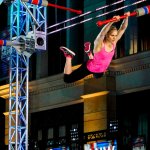 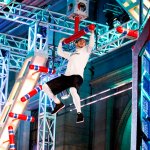 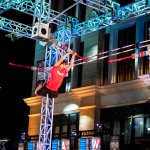 Ahead of the season 2 premiere of ‘ANW Jr’ hosts Akbar & Matt are dishing on their ‘unapologetically enthusiastic reactions’ to the contestants’ runs.

Who is ready for some incredible kids to take on the Ninja course?! American Ninja Warrior Junior season 2 kicks off this Saturday, Feb. 22, on Universal Kids, and hosts Matt Iseman and Akbar Gbajabiamila are promising their most epic reactions and commentary to date! “I think Matt and I are unapologetically enthusiastic but also too, we’re cheerleaders and we love to cheer for other people,” Akbar told HollywoodLife in an EXCLUSIVE interview, of the dynamic duos epic and excited commentary over the young ninjas. “I think we’re both very enthusiastic guys. The reality is though, all we have to do is show up because these athletes are pouring their hearts, their blood, sweat and tears onto this course. He and I just have an appreciation for people just giving their hearts to a performance. So all we’re doing is reacting,” Matt added.

Akbar added, “I see them living by my personal motto, which is to be good is not good enough if you dream of being great. That mindset of always pushing yourself to the next level and to me, I see these Ninjas embodying it. It makes me so happy to see them on the course showing the world that impossible is nothing.”

We’re excited to watch these young Ninjas take the course this Saturday, Feb. 22 for the season 2 premiere of American Ninja Warrior Junior at 7 PM ET on Universal Kids!