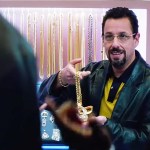 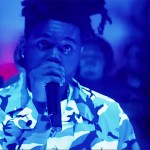 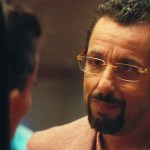 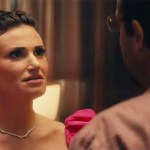 Adam Sandler is known for bringing the laughs, but his recent role as a gambling addicted jeweler in ‘Uncut Gems’ is far from funny. So, can we expect more serious roles from the comedy king?

Adam Sandler received critical acclaim for his latest movie, Uncut Gems. The dark drama was a major departure from his usual side splitting flicks and Adam revealed to HollywoodLife at the Spirit Awards on Feb 8, that he’s open to doing more serious movies. But, he’d love it if the Safdie brothers Josh and Benny Safdie, who directed him in Uncut Gems, were at the helm.

“You know it is up to the Safdie boys,” Adam told reporters when asked if he wanted to make more dark and sinister movies. “If something comes my way and somebody is interested in working with me I will get excited but I love working with these guys, they think in a way then any other I have ever met and I was in their movie and I get to have that forever and I just hope to have better ones.”

Uncut Gems also stars Idina Menzel, Julia Fox, and The Weeknd and Adam admitted he was surprised by how “stressful” the film is to watch. “I didn’t know it was going to be so stressful until I watched it,” he told reporters. “I knew script wise it was very interesting and I felt nervous but it was put together in such a way that I get why people end up feeling that way.”

Adam is aware that the movie is a big change from what his fans are used to seeing and says it’s “fun” to do something new. “You know I got to make so many movies,” he explained to reporters, “I got to make so many films and I like walking down the street and having people talking to me about different movies I have done over the years, and that they watched it with their families over the years, that makes me very lucky and I am happy that I get to do and it is fun to do something new with the Safdi boys. I have been very fortunate.”

When asked what he looks for in a script Adam admitted that before signing on to make Uncut Gems he was actually “scared” and that’s one of the reasons he chose to make the movie. “Three things I look for in a script…I get excited when it is a script that I like and can’t put it down and I can’t wait to read the next page and I get excited. I get excited to say my lines out loud. And also with this movie I didn’t know if I could do it or not, I was scared and that is three.”