The 92nd Academy Awards are here and the fashion is wilder than ever! Hollywood’s biggest names in film, along with other stars in attendance really stepped out of their comfort zones on the red carpet. And, while their bold risks are appreciated, some ensembles just didn’t translate. Take a look at the styles that didn’t impress at the Oscars.

While Billy Porter’s “royalty” inspired look was impressive, it was a lot to take in on the red carpet. He paired a 24k gold feathered top with a printed oversized skirt. Billy, who will take the stage early on in the show to perform, stepped out in a pair of custom platform boots by Jimmy Choo.

As the stars continue to arrive at the Oscars fans are looking forward to the moments inside the Dolby Theatre in Hollywood, CA. From the biggest names in film mingling and snapping selfies, to the heartfelt moments onstage, the Oscars is the grand finale of awards season.

This year’s show is a host-less one, which has seemed to be a new trend. As you may recall, Kevin Hart was initially set to MC the big event, but stepped down after homophobic tweets he had previously posted recirculated online.

The Oscars will honor a slew of incredible films including the most-nominated (11) picture, Joker, along with Little Women, which also garnered a few nominations. Unfortunately Little Women’s Greta Gerwig was shut out from the Best Director category. 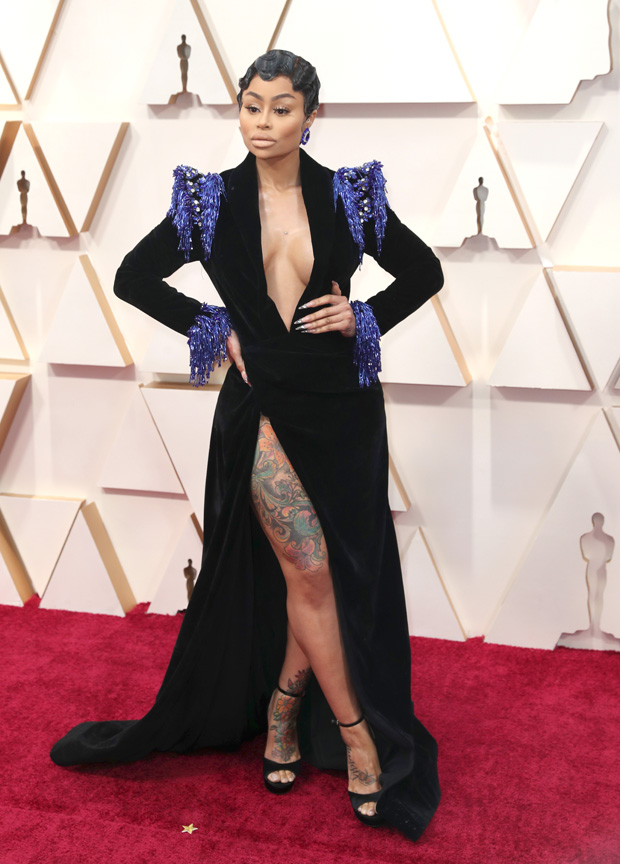 Blac Chyna on the red carpet at the 2020 Oscars in Los Angeles, CA on February 9. (Photo credit: REX/Shutterstock)

The biggest award of the night will be the Oscar for Best Picture in 2020. There are nine films in the running — Bong Joon-ho’s Parasite, Greta Gerwig’s Little Women, Martin Scorsese’s The Irishman, Quentin Tarantino’s Once Upon a Time in Hollywood and Todd Phillips’ Joker.

Meanwhile, Netflix made out very well with 20 nods — the most out of any other rival studio. The streaming service is responsible for this year’s nominated hit films, The Irishman, Marriage Story, and The Two Popes.