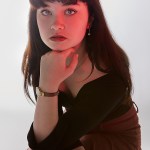 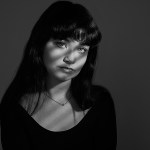 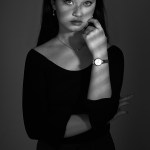 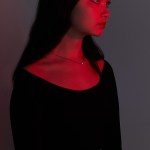 ‘Dare Me’ is one of the best new shows on TV right now. HL spoke with Alison Thornton about what comes next after that shocking injury, Tacy and Beth’s hostile relationship, and more.

Dare Me has shown the darker side of cheerleading, one that wasn’t present in the cheer classic Bring It On. The USA Network series focuses on a high school cheerleading squad where jealousy, changing power dynamics, and extreme athleticism are all at play. Alison Thornton stars as Tacy Cassidy, a member of the cheer squad and Beth Cassidy’s sister. Despite being sisters, Tacy and Beth hate each other, which stems from their competition to be top girl and their tense family drama.

HollywoodLife sat down EXCLUSIVELY with Alison to talk about how Tacy is feeling after the grisly fall that took out RiRi’s teeth. While we got a glimpse at how Tacy’s teammates are treating her after the fall, Alison feels that their “hate” for Tacy truly comes from Tacy being top girl over Beth. Alison also talked about Tacy and Beth’s complicated relationship and why she thinks their relationship will never get to a good place. In addition, Alison discussed showcasing a darker side of Tacy.

There was that brutal injury after Tacy fell and hit RiRi in the face so how is Tacy going to be dealing with that and will she feel guilty about it?
Alison Thornton: I think Tacy definitely deep down feels guilty. I think that she knows deep down that she’s responsible. But her first reaction I think is blaming everyone else because there are a lot of things that went wrong during that stunt. There was Addy looking at the coach and there was obviously Tacy lifting her leg and stuff and her just not being ready. I think that Colette also feels responsible. Of course, I’m on Tacy’s side so I don’t want her to take all the blame but I think that deep down she knows that she’s responsible.

How does the team continue to respond to Tacy after this turn of events?
Alison Thornton: They hate her. I think that they’ve hated her from the moment that she was put on top of the pyramid because they know that she’s not ready. She isn’t. She’s just too young and she’s too weak. I think that this just proves Beth right. It proves the entire team right that she wasn’t ready to begin with and that this never would’ve happened if Coach had just let Beth be top girl.

Tacy and Beth have a very contentious relationship so what can you say about where that goes moving forward in the season?
Alison Thornton: There’s a lot of tension between them just from their childhoods and how they were raised across the street from each other and with their dad. They have the same dad and he wasn’t faithful to Beth’s mom. I think that’s probably something that will never be mended. I don’t think that either of them has any desire to mend their relationship. I think that the competition between Beth and Tacy probably is the reason why Beth is so good and is such an amazing cheerleader. I think that Tacy is just always going to be in Beth’s shadow, but that will also push her to be stronger and harder than she would have been otherwise.

Do you think there will ever be a point where Tacy and Beth will ever get along?
Alison Thornton: No. I really don’t think that that would ever happen. There’s a scene in episode 5 where Tacy and Beth have a little moment together and while we were filming that, Marlo [Kelly] and I, we actually lived together while we were filming the show and we had a really interesting conversation where we were pretty much like, this is probably one of the only moments that Beth and Tacy have ever been alone and had a conversation. All of their other interactions, the whole squad is there or their dad is there. I don’t think that they ever really are just in a room, just the two of them, and I don’t think that they want to be because even that little interaction that we had was so nasty.

Tacy seems innocent but she’s got a bite. What was it like exploring those dueling sides of your character as an actress?
Alison Thornton: I think it was really rewarding and interesting because when we meet Tacy in the pilot, I don’t even think that Tacy knows that she has that bite in her. I think that the bite is something that happens after the hazing, after the ice baths. There’s some other hazing that happens later in the season and I think that I wasn’t expecting Tacy to go dark and I don’t think that Tacy was expecting to go dark. I think that everyone has the potential to feel like that, and in a certain situation, anyone can be pushed to that level of cruelty. It’s just not many people get the opportunity to, so it was interesting exploring that side of the person who’s just been pushed to those physical and psychological extremes and was willing to do anything to be on top.

There are a lot of dynamics that play with Beth, Addy, and Coach. How do you think Tacy looks at those relationships as they unfold in front of her?
Alison Thornton: I think that Tacy thinks that Coach is a goddess. I think that she looks up to Coach. I think that, in a way, Tacy looks up to Addy because Addy is Coach’s favorite and Addy is very talented. I also think that Tacy would never admit this to herself, but she wants to be that. I think that’s partly why she hates Beth so much because Beth represents everything that Tacy’s always wanted to be. Beth is strong, she’s on top, she has power over the entire squad, and I think that Tacy’s just observing all of it and trying to learn from it. Hopefully, if we go for season 2 and further on, she’ll come into herself more.

The show includes a lot of stunts. Were you ever scared to get hurt?
Alison Thornton: The thing about Tacy is that in the show she falls a lot so I had to learn how to fall safely and especially in episode 5, that’s a big fall. There were some takes where I was on a wire but they would pretty much just drop me but they told me how to do it safely. I had girls under who would catch and whatnot but I definitely felt like I was falling. I liked it. It was fun, it was an adrenaline rush.

The show’s obviously very heavy on stunts given the premise and you are a flyer. Did you have to learn how to stunt for the role and also, how did you have to get in shape for this?
Alison Thornton: We had a lot of cheer training. I loved it. I grew up dancing so it was pretty similar, but I’d never done any stunts and it was scary. I really like it. It’s fun to be on top of a stunt. I had a lot of falls and I’m really lucky that the girls that we were cheering with are all real cheerleaders. Whenever I would fall, which was pretty often, they would just sacrifice themselves and catch me. Also, I had an amazing stunt double who would make everything look incredible and easy and effortless. We had like two weeks of cheer training before the pilot, and then throughout filming season 1, we were in rehearsal constantly and doing stunts. It was a challenge but I also think that it helped me get in character. I wanted to understand what Tacy was going through because on the squad they’re training every single day and we didn’t train every day, but at least I got a taste of what that would feel like.