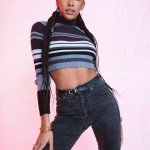 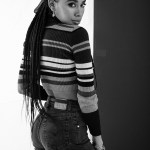 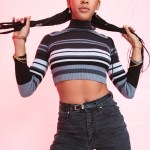 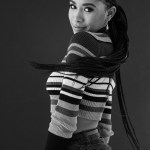 ‘Dare Me’ explores a side of cheerleading that’s not all pom-poms and smiles. HL spoke with Herizen Guardiola about bringing ‘Dare Me’ to life, Addy and Beth’s complicated relationship, and more.

Most people don’t take cheerleading seriously. Many don’t even see it as a sport. Dare Me is going to change that. The new USA network show, based on the best-selling Megan Abbott novel, explores the intensity of high school competitive cheerleading bottled up with teen angst, jealousy, loyalty and the dynamics of power. Herizen Guardiola stars as Addy Hanlon, a talented girl on the squad. The show follows the complex relationship between Addy and Beth (Marlo Kelly) after a new coach (Willa Fitzgerald) arrives to bring their team to prominence. HollywoodLife sat down EXCLUSIVELY with Herizen to talk about all things Dare Me.

Before she went in to audition for Dare Me, Herizen was actually taking a break from acting. “I didn’t want to act anymore, but then I liked the tone of the script and how it was dark, and I liked how it was very different from other roles that I’ve done,” Herizen told HollywoodLife. “The worst nightmare for an actor is to get type-casted, right? So, I think what made me want to do it was how different the tone was and how different the character was. I liked that she was on the verge of being gay or bisexual. We’re not sure 100% what she is yet, but there’s that tone in there, which is very relevant now in the time that we’re in. It also shows it in a very pure light and I really appreciate the purity of it.”

High school competitive cheerleading involves stunting and tumbling. In order to show the nitty-gritty of it all, the cast went through a month of boot camp before filming started. “That was very physical,” Herizen said. “I don’t work out really. I dance a lot in my own free time. I do a lot of hikes and I go for runs, but after Dare Me and seeing how fit I can be and what great shape my body was in from busting my a**, I go to the gym now and I keep it up. I wasn’t expecting on day one to go right into picking girls up and actually lifting them. We went right into it.” When you see the stunts on the show, most of the time the actors are involved with them. “I was cradling, catching basket tosses, and I was going up in double base. I was a base most of the time and was the one at the bottom because I’m very tall, so I was picking up a lot of girls. They’re tiny but we had a couple incidents where you have to fake the fall. It’s still really scary faking a fall because if that foot comes down in the wrong place, it doesn’t feel great.”

Dare Me was released in 2004 and became an instant hit. Herizen said that the show is “pretty true” to the book. “Obviously, they embellish and may sparkle things up a little,” she said. “But we never get to the end of the book at the end of the series. There’s a cliffhanger.” However, given that the show has 10 episodes, there’s more time to explore the characters.

At the heart of the series is the friendship between Beth and Addy. Herizen discussed exploring this complicated relationship with her co-star. “I think we gave each other enough space and also got close enough to genuinely get there naturally in a relationship where we felt like we were really good friends, but there was still that kind of undertone of competitiveness because you really push each other when you’re in the scene together. But we’re very different from the characters. We get on very well and it’s pretty easygoing.”

People will likely have differing opinions about the Addy and Beth relationship. Are they good for each other? Are they terrible for each other? Herizen opened up about their complex dynamic. “I think people would say Beth is crazy and Addy deserves better. But then others would be like Beth is just really hurt and she’s going through a lot and she’s misunderstood. Addy understands everything about Beth. I think that the hard part for Beth to have to overcome is the fact that she sees her best friend from day one kind of exploring new friends and making a life for herself without her in it, which could drive anyone crazy, especially in a small town without having anyone to call. It’s a codependency. I think Addy is less codependent. I don’t think Addy is dependent on anyone really. I think it’s the same relationship with Coach as well. I think Coach is very codependent on Addy. I feel like Coach is a grown-up version of Beth in a way. I think Addy doesn’t realize it yet, but towards the end of the season, she starts to question the decisions that she’s made, like getting closer to Coach. I think Addy takes on everybody’s burden and she tries to do the right thing. But she’s also a high school teenager, so she might make decisions that kind of seem mean. I think she’s oblivious to it a lot of the time. I think she’s very genuine and I think it just drives Beth crazy to see her distancing herself.”

Herizen is also a very talented singer and two of her songs — “First Place” and “Troublemaker” — will be featured in Dare Me. “I wrote ‘First Place’ two years ago and then I made ‘Troublemaker’ while I was filming in Toronto. How it came about was one of the scenes was a party and they usually have a song just to get us in the mood or a thumping track or whatever. I was like, ‘Hey, can we play my song? It’s a lit song and I think it’d be fun just for us to get to dance to. No one will even know it’s me.’ So we did. And then Megan [Abbott] was like, ‘Oh, this is your song.’ I was like, ‘Yeah, how cool would it be if it was in a show?’ She said we should make that happen. It kind of just naturally happened and I’m really happy that it gets a showcase in my show. I love that and I want to keep doing stuff like that. I’m the kind of artist that can write for certain situations. I can mentally put myself anywhere I need to be. If I’m writing for a sci-fi movie, I could write a song that fits that. If you show me a color, I can write for the color. So moving forward in my career, I definitely want to do more soundtracks and more movie features and this is a really good start.” Herizen also has an EP that will be released in 2020.

The cheerleading haters will get a heavy dose of reality watching Dare Me. “It’s a bad**, kick**, tough sport. I would love to see boys go and freaking fly three girls in the air and catch them wearing miniskirts on their period,” Herizen quipped. Dare Me will air Sundays at 10 p.m. on USA Network.