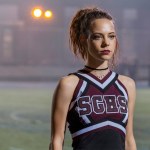 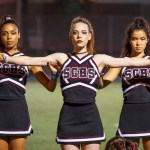 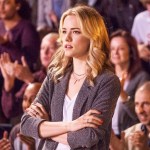 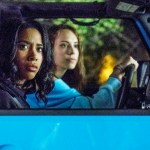 The first trailer for USA Network’s ‘Dare Me’ was released on Nov. 8 and it’s full of mystery, drama, and possibly murder. Obsessed yet?

“There’s something dangerous about the boredom of teenage girls. Coach saw something in us. She saw past the glitter and the hair and the attitude to everything beneath,” a girl’s voice says in the trailer for USA Network’s all-new series Dare Me, which is based on Megan Abbott’s best-selling novel.

“You want to be careful with Beth,” someone warns Coach Colette, played by Willa Fitzgerald. Beth is not happy about Coach coming in trying to take over her cheerleading squad. She also seems to have her eye on the older sergeant at the school. At one point, Beth walks into a bathroom stall and brutally kicks someone. The voiceover adds that “there’s a price for everything. This is how you become strong.” The trailer ends with the voiceover saying, “In the end, I couldn’t stop it.”

The show follows the intense relationship between two best friends, played by Herizen Guardiola and Marlo Kelly, after a new coach arrives to bring their competitive cheerleading team to prominence. As their friendship is tested, their lives are changed forever when a shocking crime rocks their quiet town to its core. According to the USA Network, Dare Me is “part coming-of-age story, part sport drama, part murder mystery” and “exposes the physical and psychological extremes that some young women are willing to endure in order to get ahead.”

The tagline for the show reads, “It was beautiful until it went too far.” The series also stars Paul Fitzgerald, Zach Roerig, Rob Heaps, and Alison Thornton. Chris Zylka, Taveeta Szymanowicz, Tammy Blanchard, Antonio J. Bell, and Amanda Brugel will recur. Dare Me will premiere Dec. 29 at 10 p.m. on USA Network.