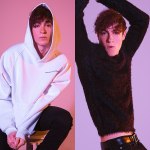 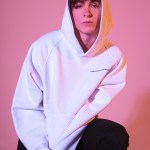 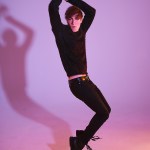 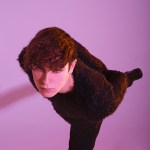 Love is addicting – just ask Julian Lamadrid, who finds himself desperately in need of another fix in his new banger of a track, ‘Cigarette.’

Forget nicotine. If there’s anything that can make your hands quiver, your forehead sweat, and your dry throat close up, it is the overwhelming urge known as desire. Seeing that one person who makes your heart race faster than no other suddenly walks in the room is more nerve-wracking than going cold turkey, and this whirlwind of emotions is perfectly captured in “Cigarette,” the new song from Julian Lamadrid. The dance-pop track is an exhilarating experience, one that floods the senses the moment the first beat starts and continues to soar until his passionate admission on the chorus. “I’m crawling / and waiting / and falling / and praying / to be the one that you take home / tonight,” sings Julian, proving that “Cigarette” is more like a stick of dance-pop dynamite. However, like a cigarette, once it ends, you want another.

“Cigarette” is Julian’s first new music since the release of 2019 Mala Noche. The record, based on his experiences exploring New York City, demonstrated Julian’s wide-range of influences. Citing David Bowie, Pink Floyd’s Roger Waters, Iggy Pop, and electronic protopunk duo Suicide as some of the stars guiding his musical journey, Julian crafted an “honest” record that “sonically cohesive…and conceptually summarizes my first 20 years of life.” When speaking with HollywoodLife about Mala Noche, he said that the album is something he could “always go back to, and I can put this record on for me personally and just say, ‘Oh, that’s what I was going through [at the time.]’ “

Having put a cap on the first two decades of his existence, Julian hinted that he would turn his gaze outward for his next project. “I was very reflective [on Mala Noche]…this [next] record is a meditation on all my frustrations and modern life. It’s me looking at politics, looking at the environment, looking in the way my generation responds to their own emotions, looking towards social media, and looking towards, looking at all of these things that people are losing their minds about.”

Julian would be the one to offer a take on the current landscape. Born in Dubai to Mexican ex-pats, he moved to Brooklyn at age 18 to attend NYU’s Film School. Intensely talented with a brilliant mind that comes out in his lyrics and songs, Julian is poised to be the star that shines brightly through this second go-around of the “roaring twenties.” Though, here’s hoping he kicks the habit – smoking, that is. As his new song shows, there’s no kicking love.