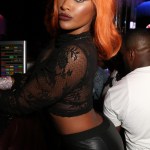 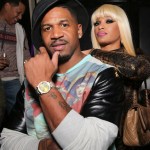 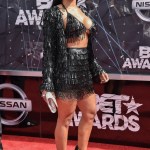 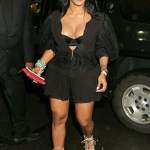 Joseline Hernandez and her fiancee Balistic Beats are on the latest season of ‘Marriage Boot Camp’. But where does she stand with her ex Stevie J and his wife Faith Evans?

Joseline Hernandez, 33, is starring on the new season of Marriage Boot Camp: Hip Hop Edition. The show will focus on her relationship with DJ Balistic Beats but viewers will also get a glimpse into her custody battle with her ex Stevie J, 48, and his wife Faith Evans, 46. In an EXCLUSIVE interview before the Feb. 6 premiere of Marriage Boot Camp: Hip Hop Edition Joseline told HollywoodLife that she and her ex Stevie are “cool” after feuding over custody of their daughter Bonnie Bella Jordan, 3.

“Her dad and I and Balistic, and [Faith Evans], we’re so cool,” Joseline told HL. “We’re co-parenting and it’s just like, it’s easy, it’s fun and it should be simple.”

As HollywoodLife readers know, things between Joseline and Stevie J have been far from simple. Back in May 2019 Stevie filed court documents that accused Joseline of alienating him from their daughter and asked for primary custody of the toddler. Joseline’s tearful reaction to the court filing is caught on camera for Marriage Boot Camp and in a preview for the upcoming season she’s seen crying hysterically. But she told HollywoodLife EXCLUSIVELY that things weren’t “as serious” as they seemed.

You can watch Joseline get even more candid and get an inside look at her new relationship with DJ Ballistic on Marriage Boot Camp, which airs Thursdays on WE-TV at 7 p.m. PT/10 p.m. ET.