Stevie J, 47, is accusing Joseline Hernandez, 32, of preventing him from seeing his daughter Bonnie Belle Hernandez, 2, in the latest round in their custody battle. In court papers filed on May 14, the Love & Hip Hop: Atlanta star accused his ex of engaging in “parental alienation” and of living part-time with a “male companion” in Miami. It was only a year ago that Stevie and Joseline reached a prior custody agreement after a long court battle over Bonnie Bella. They agreed to joint physical custody of the toddler with Joseline retaining primary custody. But now, Stevie has changed his mind.

In court papers, which were obtained by HollywoodLife, Stevie accuses Joseline of purposely blocking him from seeing his two-year-old daughter. “The respondent (Joseline) has engaged in acts of parental alienation, prohibiting the minor child from visiting with the petitioner. Specifically, the petitioner (Stevie J) has been prohibited from visiting with the minor child on the first, third, and fifth weekends each calendar month as stipulated in the consent order. The respondent even denied visitation with the respondent on five separate occasions after the petitioner travel to Miami, Florida to exercise parenting time with the minor child,” the court papers state. As HollywoodLife previously reported, in April 2019, Joseline accused Stevie of neglecting his daddy duties. But in the court papers, Stevie is blaming Joseline for any distance between him and his daughter and he wants the court to remedy that by awarding him primary custody.

Stevie’s list of complaints aren’t limited to his visitations. He’s also bringing up Joseline’s love life in the court papers. “The petitioner believes that the respondent is living with the minor child in Miami, Florida on a part-time basis with a male companion.” In addition, Stevie claims in the court papers that he has “not been granted access to the minor child’s academic records, teachers, nor has he been authorized to pick up the child from his designated school or school offense.” According to Stevie and his lawyers, not being allowed to pick Bonnie Bella up at pre-school “constitutes alienation”. 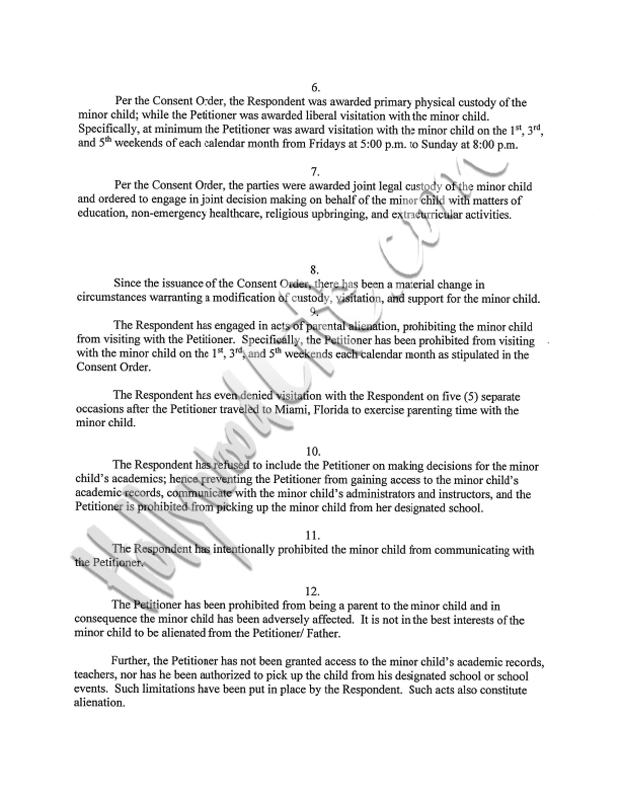 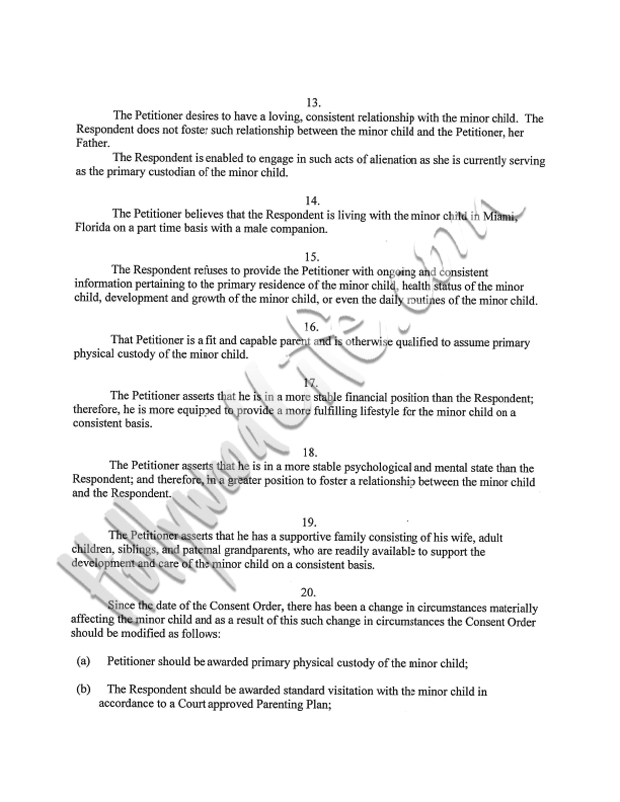 Another one of Stevie J’s requests in the court papers — if he’s awarded primary custody — is that Joseline “should be ordered to pay” him child-support “in accordance to the child support guidelines of the state of Georgia for the maintenance and support of the minor child on a monthly basis.” Joseline has yet to respond to the court filing or to HollywoodLife’s request for comment.