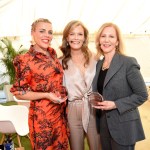 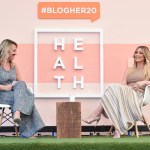 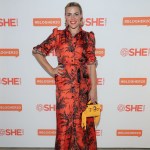 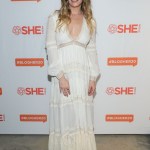 ‘Superstore’ star Lauren Ash is sharing her struggle with debilitating polycystic ovary syndrome (PCOS) and how she fought back against doctors who brushed off her symptoms.

Superstore star Lauren Ash’s battle with pain, unexplained weight gain and an eventual polycystic ovary syndrome (PCOS) diagnosis left her depressed and with suicidal thoughts. That’s what the 37-year-old has told HollywoodLife EXCLUSIVELY. The actress, who is still plagued with pain every day, revealed her story at the #BlogHer20 Health summit in Los Angeles on Feb. 1. Lauren – who told Women’s Health in 2019 that she even had to have surgery to remove the ovarian cysts that were causing her distress – is just one of millions of people in the U.S. who are affected by this condition. In fact, 1 in 10 women of childbearing age have PCOS, according to the Office on Women’s Health, but the cause of the condition is little known and it can be hard to diagnose.

For Lauren, one of the first alarming signs that she was suffering from PCOS, is when she rapidly started putting on weight in 2015. “Prior to me being diagnosed, I was working out,” she said. “I was eating extremely clean, extremely regimented, and I was gaining weight. I gained 30 pounds in six months having not changed anything.”

“I started to feel like I was legitimately losing my mind, because it defied science,” she added. Lauren wasn’t losing her mind. Unbeknownst to her she was suffering from a hormonal condition that is fairly common in women of reproductive age. It’s exact cause is unknown. However, symptoms can include rapid weight gain, facial hair, type 2 diabetes, acne and depression. As Lauren noted during the Hollywood on Health panel at #BlogHer20, PCOS “manifests differently in almost every woman who has it.” At the summit, she gave a very good description of what the syndrome is. “Your ovary kind of looks like it’s got a pearl necklace around it,” she said. “Basically your ovary is creating a follicle, for the follicle to get your egg out of there to get down so you can have your beautiful monthly cycle to happen. But, with someone with PCOS, the egg doesn’t connect to the follicle, so you have all these leftover follicles that sit there and essentially rot around your ovary, which can cause a myriad of issues. For example, I think I had three periods in a year once…”

“It’s a disorder of the endocrine system,” she added, referring to the glands that produce hormones that regulate everything from metabolism to reproduction. “It affects your hormones more than anything. So, a lot of women have higher testosterone levels, which means you can have facial hair and really bad acne all over your body… So a lot of it is about trying to regulate your hormone levels; get your estrogen up to where it needs to be, get your testosterone down to where it needs to be. And, also regulate your blood sugar, because the number one side effect of PCOS is diabetes. Your body isn’t processing sugar in the right way. So, I was prediabetic when I was diagnosed.”

That diagnosis, Lauren noted, finally came when a dermatologist recommended that she get tested after a consultation about acne breakouts she was suffering. By then, naturally, the actress was worried about how the weight gain would affect her career. “I was like, ‘What happens if I keep blooming?’” Lauren later told HL EXCLUSIVELY. “’What happens if all of a sudden I’m 60 to 80 pounds heavier than I was when I booked my job? How do you write that into the storyline? Do you? Do I lose my job if I start to look wildly different than I once did?’ So it was wildly vindicating when I finally got my diagnosis and…my doctor said, ‘You can literally eat nothing but celery all day and work out four hours a day and you will gain weight. It’s a disease of the endocrine system. Your body is not working properly…’ And, just the idea that it wasn’t my fault felt so powerful in that moment. But then, also daunting, because it was like, ‘Well, how do we fix this?’”

Although she finally had a diagnosis, Lauren admits that it was the “lowest time in my life.” “Just feeling so alone because I knew at that point that I had PCOS and we were trying to treat it. I was trying to do my best… But, when you get it you get into that kind of spiral when you’re depressed and you’re that suicidal, you’re not rational.”

Fortunately, through finding the right doctors, Lauren has found happiness and a treatment that works for her. She takes the anti-diabetic medication, Metformin, which controls high blood sugar. “I was up to a weight that was so uncomfortable. I’d never been that big in my life and currently now I’m probably 20 pounds lighter than that. So, about another 10-15 pounds-ish and I would be back to my pre-PCOS weight. I don’t stress it. I don’t sweat it.”

Instead, Lauren has vowed to stop speaking negatively about her body – to herself or anyone else. “This body is amazing and I’m lucky and there [are] so many things that I love about my body. Why wouldn’t I just focus on those?”