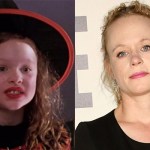 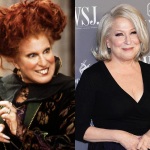 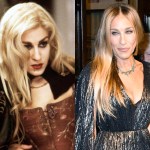 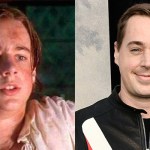 It’s not just a bunch of ‘Hocus Pocus’ — a sequel to the hit Disney movie is in the works over 25 years later, and one of its stars hopes to be a part of the new ride!

Back in 1993, Thora Birch, 37, was best known to the world as the precious youngster who took on the likes of Bette Midler, Sarah Jessica Parker, and Kathy Najimy in all their witchy glory in the now classic film, Hocus Pocus. Though she’d go on to star in dozens of other films and projects, it seems that her role as Dani continues to be the one people want to talk about — especially given the big news. This past fall, it was officially announced that a sequel to the film is in the works for the new streaming service, Disney+, and the big question on everyone’s mind is, who will return from the original cast?

“I’m excited for it,” Thora shared with HollywoodLife EXCLUSIVELY when we chatted with her at the Casting Society Of America’s Artios Awards at the Beverly Hilton on Jan. 31. “They’ve been talking about this reboot for five years. I’m excited to see what it all looks like. I know a little bit about a couple of ideas for stories, but I don’t know where it’s all going to fall at the end of the day.” One thing she does know, though, is that if the opportunity presents itself for Dani to face off with the Sanderson sisters again, she’s game!

“If they would have me,” she said, “depending on [the storyline]. I’m sure Dani’s not going to be selling crack in an alley anywhere, so I’m pretty open minded.” Yeah, that doesn’t sound like Disney’s vibe! Thankfully, Thora isn’t the only OG resident of Salem to confess she’s ready to return to the franchise. Eldest Sanderson sister and everyone’s favorite person on Twitter (well, almost everyone), Bette Midler revealed that she’s absolutely ready to jump back on the broom — and soon! “I hope they get to me before I’m a corpse,” Bette told Entertainment Tonight at the event. “We wanna fly again. I hope Disney+ is a big success and I hope we get to do it, because [Winifred] is of course one of my favorite characters…. I can’t wait to read the script. We’re gonna see what happens.”

Only time will tell if this tale reunites the cast, but until then, Thora is enjoying getting back into acting. After having an incredibly busy career in the 90’s and early 2000’s, Thora took a break from the biz to concentrate on herself. It’s a decision she admits was perfect for her to make at the time, just as it’s now the perfect time to get back into the game. She recently starred in The Last Black Man in San Francisco, which was nominated at the award show. “I stepped back, I got my degree, I lived life, fell in love, got married, all that good stuff,” she said.  “But then, a couple years ago, all of that took me right back to this where I was able to approach a career with fresh new eyes.”

Sounds like it’s a good time for Thora and fans of Hocus Pocus. Now, who do we talk about a new Now & Then?